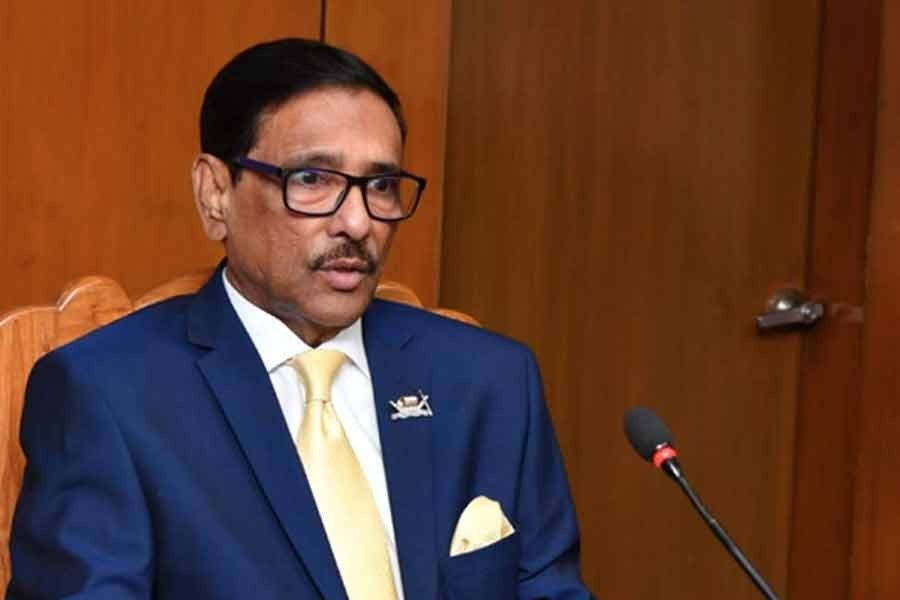 Awami League General Secretary Obaidul Quader has alleged that said BNP has been continuing the politics of killing and terrorism since its inception.

“BNP did evil politics not only in 1994 but also the party had drenched the soil of Bangla with the blood of 21,000 leaders and workers of Awami League after coming to power in 2001,” he told a discussion marking ‘seven-murder day’ at Azimpur in the city on Sunday.

The road transport and bridges minister joined the discussion, arranged by Dhaka City South unit of AL, from his official residence on parliament premises through a videoconference.

He said through the gruesome grenade attacks on AL rally on August 21, 2004, BNP continued its politics of killing.

The minister said now BNP is out to incite the extreme communal forces to launch attacks on the backbone of Bangladesh. But they will not be successful as the people remain prepared to resist the communal forces in the country, he added.

The AL general secretary said BNP completely failed to create anarchy in the country centering the sculpture issue as the people have risen up with the spirit of the Liberation War.