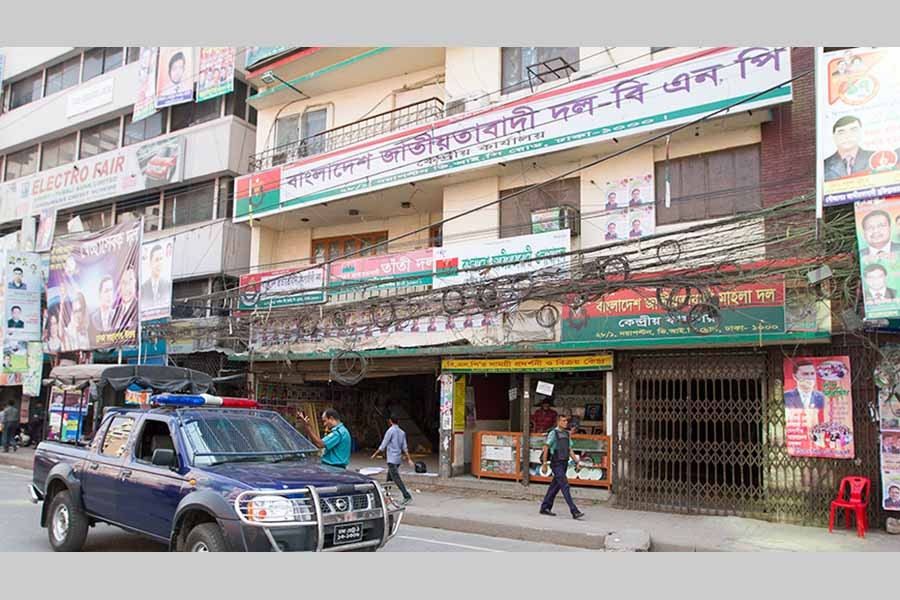 BNP is contemplating to stage a 'showdown' through its rally at Suhrawardy Udyan in the city on Sunday, party sources said.

Party Chairperson Khaleda Zia is expected to send out an important message to party rank and file from the rally.

Sources in the party say the BNP chief’s planned message will be about the next elections and the party's 'ongoing movement for restoration' of people's democratic rights.

The senior leadership of the party have already held a series of meetings with its different units, front and associated bodies and leaders of different districts adjacent to the capital for ensuring the 'huge presence' of party leaders and activists and thus demonstrate its 'popularity'.

Speaking at a press conference at BNP's Nayapaltan central office, he further said, "Our chairperson will give the nation a very important message from the rally."

Under the current political circumstances, the BNP leader said the rally has immense significance.

Referring to Awami League General Secretary Obaidul Quader's comment that police have to think many things before giving BNP permission for a rally as it often creates chaos due to intra-party conflicts, Fakhrul said, "It's a totally false remark. No disorder was created in the past in BNP's such type of rally."

He continued, "I call upon the Awami League General Secretary to take steps for creating a democratic atmosphere refraining from giving false and baseless information. Make positive comments. You please don't disrupt the democratic process with your negative and provocative comments."

Fakhrul said their public rally will reflect people's hopes and aspirations through the gathering of huge people.

BNP chairperson Khaleda Zia will address the rally as the chief guest.

She last addressed a rally at the same venue nearly four years back on January 20, 2014, 15 days after the 10th parliamentary polls, while a public rally at Nayapaltan on January 5, 2016.

Talking to UNB, BNP Vice Chairman Abdullah Al Noman said, "We once again will show our popularity through the Suhrawardy Udyan rally."

He said they have taken necessary preparations to hold the rally peacefully. "We hope the rally will turn into a human sea with the spontaneous participation of people of all walks of life.”