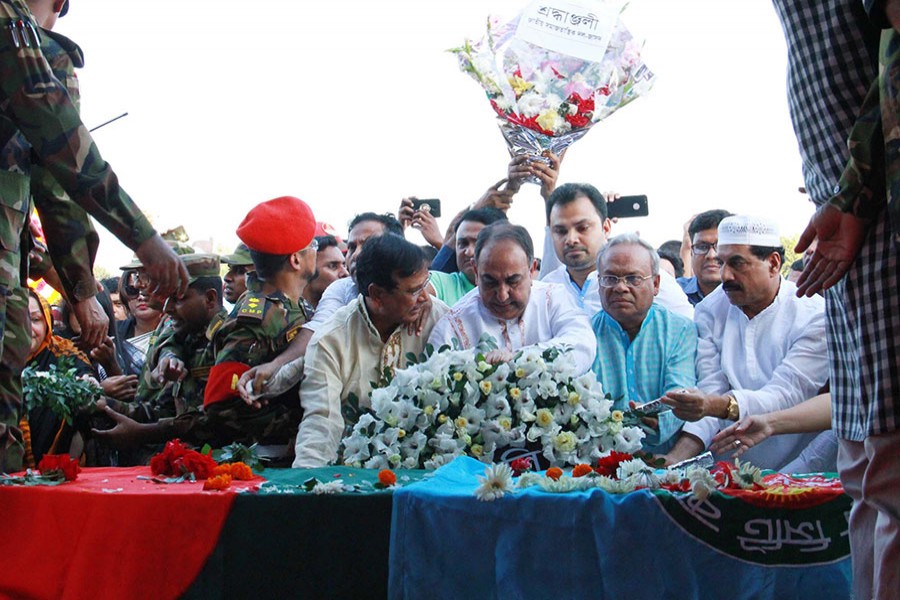 Senior leaders of BNP paid last respect to Dhaka North City Corporation (DNCC) Mayor Annisul Huq, who passed away at a London hospital on Thursday, by placing wreaths at his coffin.

A BNP delegation, led by its Standing Committee Member Mirza Abbas, placed wreaths at the late DNCC Mayor's coffin at Bangladesh Army Stadium on Saturday as a mark of last homage to him.

Talking to the journalists, Khasru said the late Mayor set up an example as to how a local government body should be run with honesty and sincerity.

"The city-dwellers witnessed how a public representative should deal with different matters with courage through Annisul Huq's activities," he added.

Khasru said Annisul who had the strong guts of never bowing down to anybody reaching his goal, reports UNB.

Annisul's younger brother and Chief of Army Staff General Abu Belal Muhammad Shafiul Huq received the body at the airport. From the airport, the body was taken straight to his Banani residence.

He was laid to eternal rest at Banani Graveyard at 5:00pm.

Annisul was elected DNCC Mayor with Awami League ticket in April 2015. He had vowed to build a green and clean city and started working to that end.