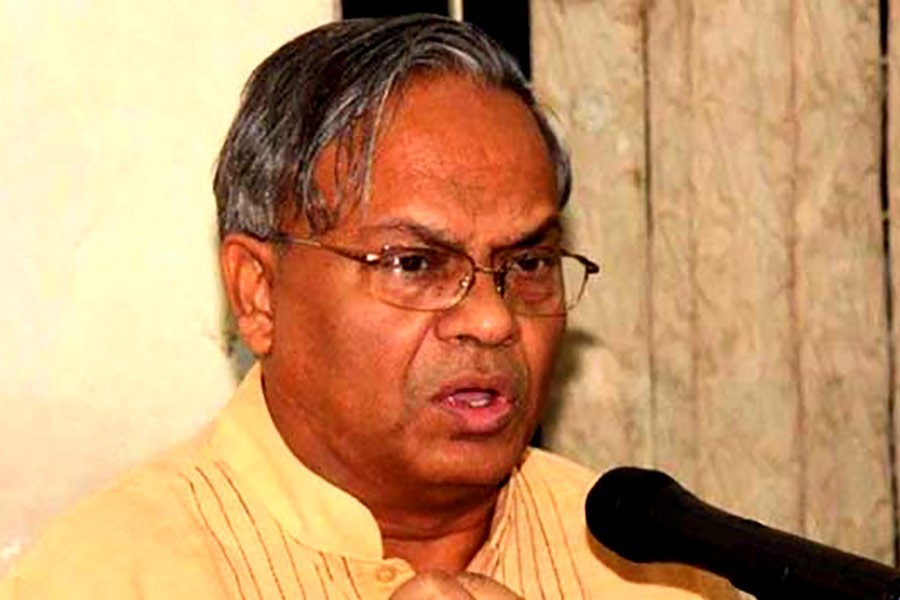 BNP senior joint secretary general Ruhul Kabir Rizvi on Friday alleged that Bangladesh is now at the risk of losing overseas labour market due to the ‘indifference and negligence’ of the government.

"Various countries, including Italy, China, Japan, Vietnam, Turkey, Qatar and the UAE, are imposing various restrictions on the citizens of Bangladesh to enter their countries. The deportation of 152 Bangladeshis from the airport after their arrival in Italy has manifested how indifferent the government is about people’s interests!” he said.

Speaking at a virtual press briefing from BNP’s Nayapaltan central office, he also alleged that the government's focus is only on receiving remittances sent by expatriates, not protecting their interests, reports UNB.

“We’re worried whether our citizens may have to pay a heavy price in the future if Bangladesh loses credibility in the international arena regarding the coronavirus test reports at this time of the Global Village. The awful situation that has created in the country in terms of people’s health safety may put the overseas labour market for our citizens at risk,” Rizvi observed.

Referring to false corona test report scams of JKG Health Care and Regent Hospital, he said the institutions got permission for conducting corona tests as their owners were the ruling party leaders and close to the government.

“After having approval, the corrupt people of these institutions used to issue corona-free certificates to thousands of people in exchange for money without conducting any test. The government has now realised the matter as expatriate Bangladeshis with their certificates have been detained at different countries or forced to return home,” the BNP leader said.

He said the government should have apologised to the nation for the coronavirus scams and the failure of the Health Ministry in containing the outbreak of the virus. “Instated of that, we saw a different tone of the Prime Minister. She said yesterday (Thursday) they are catching thieves, but they are being called thieves. People don’t understand the reason for her such regret.”

Rizvi said why people should not brand the ruling party leaders and their public representatives as thieves since they misappropriated relief materials like rice and oil allocated for the helpless and unemployed people amid the coronavirus pandemic.

He said the relief materials embezzlement and the fake corona test certificates are an outcome of usurping power through ‘vote robbery at midnight’.