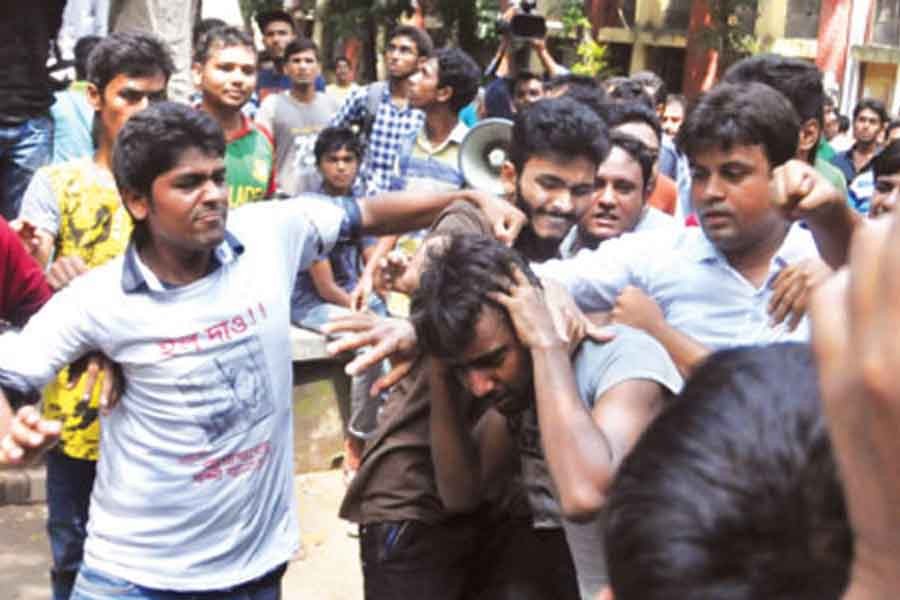 Bangladesh Chhatra League (BCL) activists allegedly bashed two journalists in Sylhet on Saturday over the spelling of the organisation's name in a Facebook post.

Madhab said BCL leaders Rajesh and his men, belonging to Tushar group, assaulted them and tried to snatch their camera in front of Nimbark Ashram at noon.

According to UNB, local journalists took them to Osmani Medical College Hospital, he said.

Officer-in-charge of Kotwali Police Station Gausul Hossain said police visited the spot. "Legal action will be taken if any written complaint is lodged," he said.