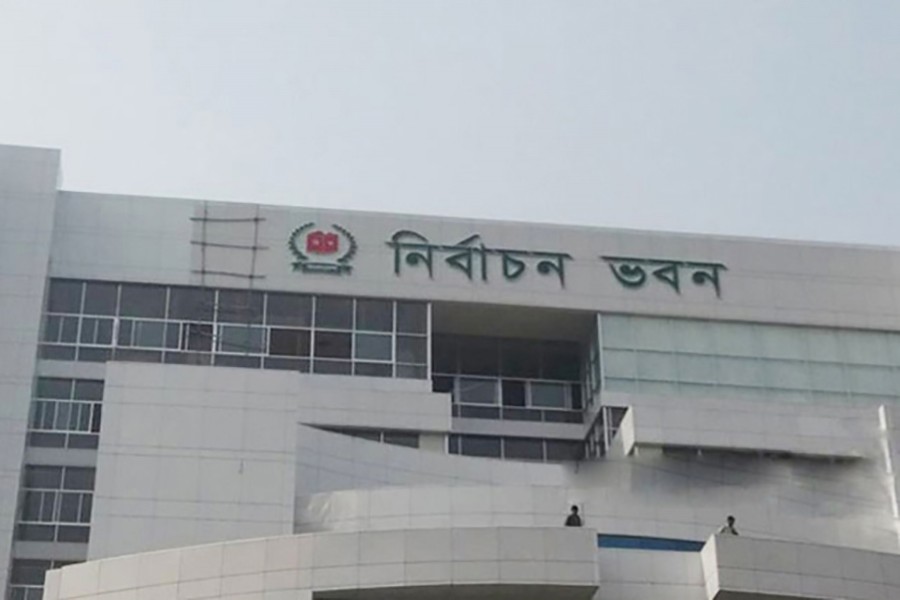 The EC headquarters at capital's Agargaon seen in this file photo .

Senior leaders from the ruling Awami League have met the Election Commission, or EC, as part of its consultations with the registered political parties.

A 21-strong delegation led by the party’s General Secretary Obaidul Quader began the discussion with the KM Nurul Huda-led commission at the EC headquarters in Dhaka’s Agargaon at 11:00am on Wednesday, reports bdnews24.com.

The chief election commissioner, four commissioners, the acting EC secretary, and other officials took part in the meeting.

The Awami League is among the last parties to meet with the EC.

CEC Nurul Huda was introduced to each member of the delegation at the start of the dialogue.

The recommendations include keeping the constituency boundaries from the 10th parliamentary elections, using electronic voting machines, or EVMs, and ensuring the voting ability of expatriate Bangladeshis.

“The election shall be held according to the constitution,” said Hanif. “The upcoming elections must be held under a Sheikh Hasina-led election-time government.”

Thus far 37 of the 40 registered political parties have officially spoken with the EC.