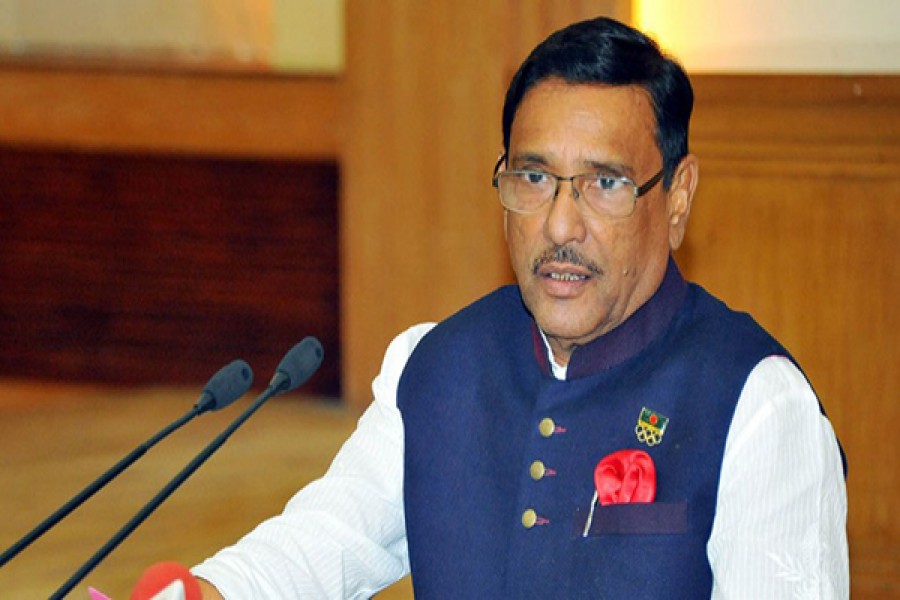 Road Transport and Bridges Minister Obaidul Quader on Monday said Awami League will make remarks on the Election Commission's roadmap after seeing the progress of its implementation.

“We’ll talk about it after observing the progress of its implementation after taking some time,” he said while talking to reporters after a discussion meeting with a delegation of Nirapod Sarak Chai (Nischa) at the Secretariat, reports UNB.

Earlier on Sunday,  BNP secretary general Mirza Fakhrul Islam said the Election Commission's (EC's) roadmap for the next parliamentary elections will not help resolve the 'crisis' over the election-time government.

Chief Election Commissioner (CEC) KM Nurul Huda unveiled a booklet of EC's roadmap for the next general election on Sunday.

Referring to BNP’s comment that “it’s the roadmap of Awami League”, the ruling party general secretary, said, “A BNP leader is not returning to the country being afraid of cases while another one is roaming beside the Thames River. We’ve no comment about her tour but the tour of the chairperson of a big party for a long time drew huge criticisms on various social networking sites.”

“Is she going there being afraid of cases? The suspicion has been intensified as her lawyers submitted time petitions for 150 times in various cases. We’ll see if she returns to her country with courage which Sheikh Hasina had shown during the 1/11 tenure,” he said.