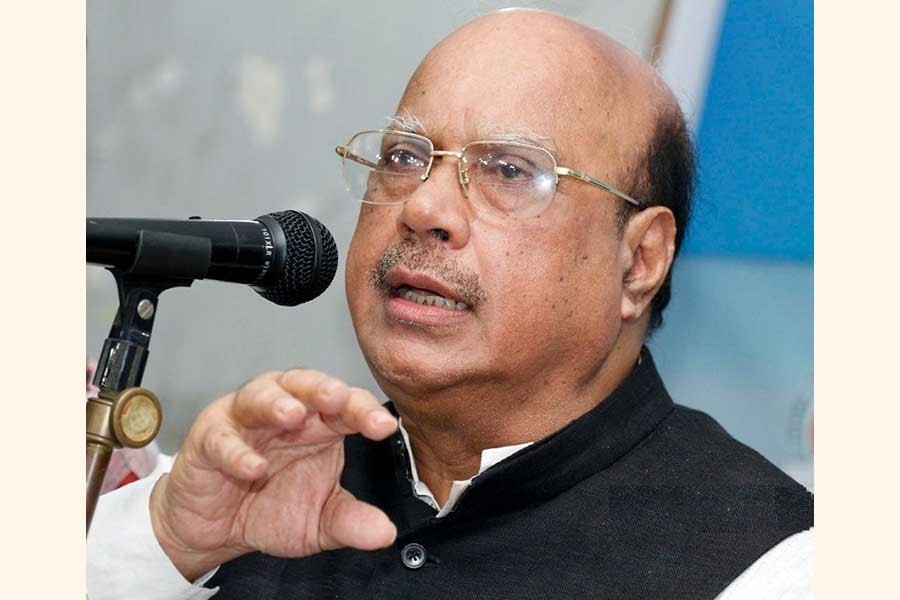 Ruling party Awami League (AL) said that the 14-party alliance would extend its support to its mayoral candidate in the by-election to Dhaka North City Corporation (DNCC).

AL Presidium Member and Minister for Health and Family Welfare Mohammad Nasim said this on Monday while addressing a press conference at the AL president's Dhanmondi political office after the 14-party meeting.

He said, "Leaders of the 14 party alliance will work together in favour of Awami League nominated candidate for the mayoral polls in Dhaka North City Corporation (DNCC).”

Mr Nasim said the 14 party alliance remained united and its unity would continue in future too.

According to him, the Awami League-led 14-party alliance will resist any unconstitutional attempt of BNP-Jamaat for helping continue democratic process in the country.

BSS said president of Workers Party of Bangladesh Rashed Khan Menon, General Secretary of Sammobadi Dal Dilip Barua, Secretary General of Jatiya Party (Manju) Sheikh Shahidul Islam, leaders of other parties of the alliance, were present on the occasion, among others.