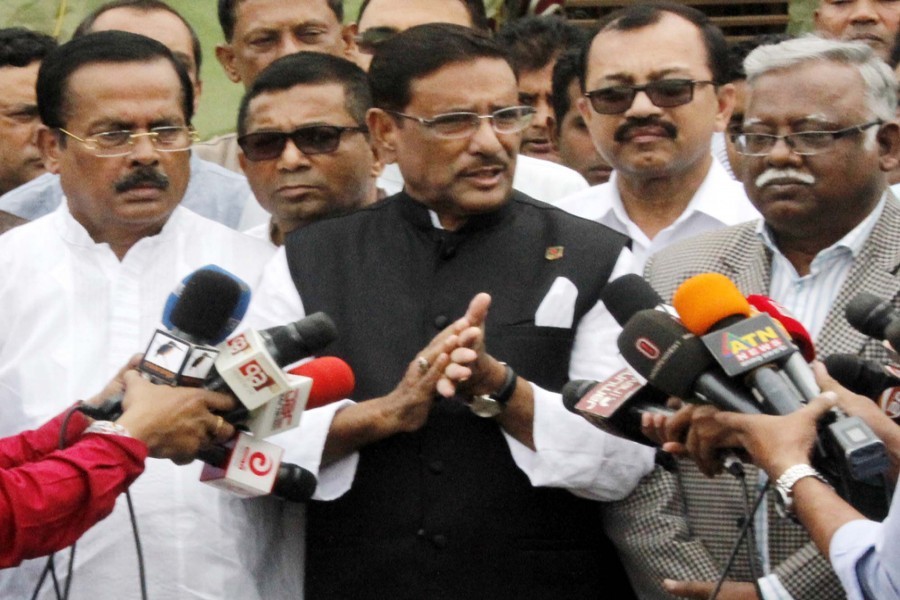 He made the comments while visiting the preparation work of the rally at Suhrawardy Udyan in the city on Thursday morning.

Prime Minister Sheikh Hasina is scheduled to speak as the chief guest while convener of Nagorik Committee Emirates Professor Dr Anisuzzaman will preside over the programme.

Quader, also road transport and bridges minister, said those who believe in the ideology of Father of the Nation Bangabandhu Sheikh Mujibur Rahman and in the country's independence and spirit of freedom will join the rally.

Nagorik Committee is organising the rally today at 2.30 pm marking the UNESCO recognition of historic March 7 speech of the Father of the Nation Bangabandhu Sheikh Mujibur Rahman as part of world's documentary heritage.