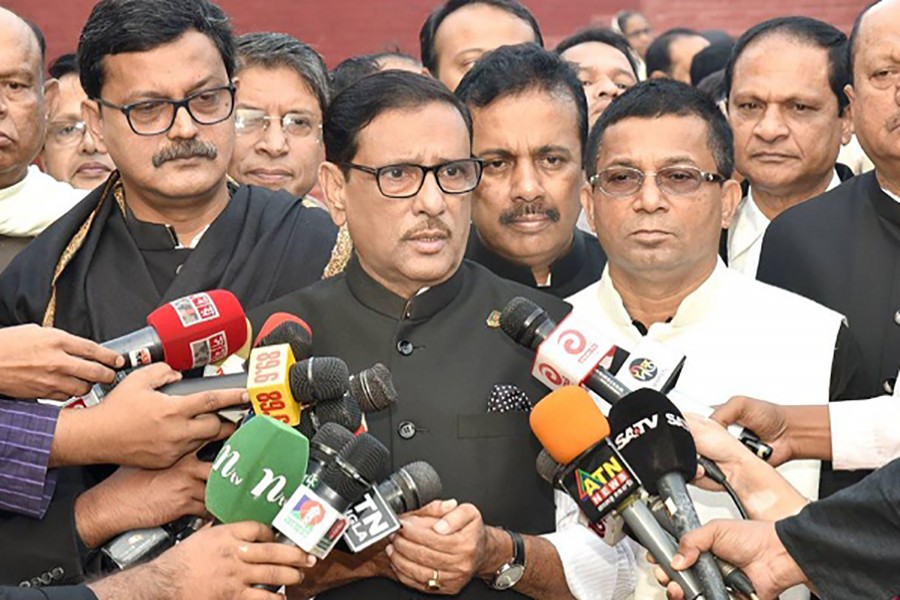 Awami League (AL) General Secretary and Road Transport and Bridges Minister Obaidul Quader on Tuesday expressed hope that his party will be elected again in the upcoming national election slated for December 30.

“We want to move towards development highway under the leadership of Prime Minister Sheikh Hasina and we must win December 30 election,” he said at his inaugural speech while unveiling AL’s election manifesto at Sonargaon Hotel in Dhaka city.

Civil society members, ambassadors of different countries in Dhaka, diplomats, teachers, engineers, youth representatives and journalists along with people from various professions were present on the occasion.