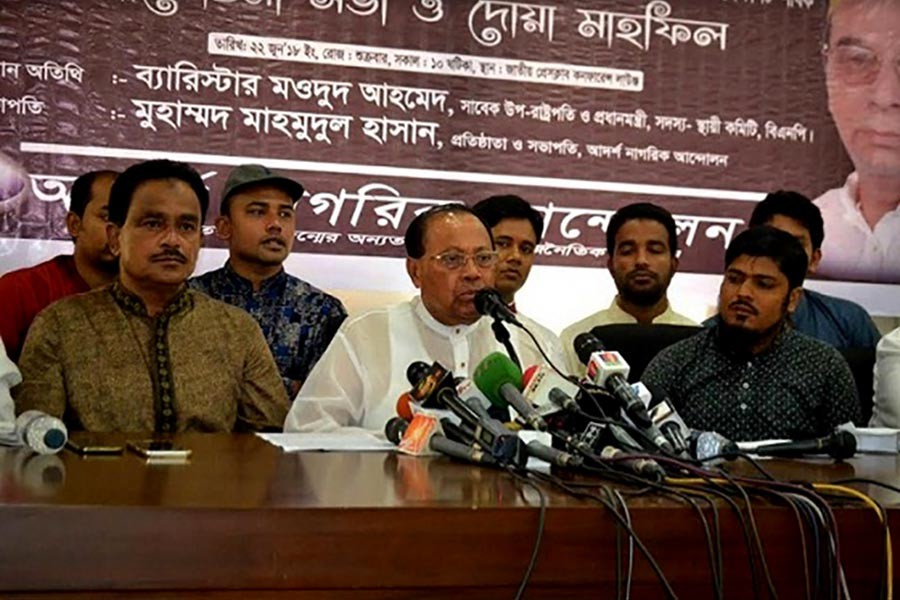 Referring to a statement of AL General Secretary Obaidul Quader, Moudud said: "You will certainly feel the need for talks."

"The government will be forced to engage in talks and it's now only a matter of time," he said, reports UNB.

The BNP leader came up with the remarks while speaking at a discussion arranged by Adarsha Nagorik Andolon at the Jatiya Press Club on Friday.

Earlier in the day, Awami League general secretary Obaidul Quader at a press conference said their party does not feel any necessity to hold any dialogue with BNP over the next general election.

Moudud said the ruling party will change its stance on talks in the face of a movement and the situation will emerge in the days to come.

The BNP leader, however, said the current political 'crisis' can be resolved without talks depending on the situation to emerge in the future.

He said unity among people and the political parties is now very crucial to restore democracy in the county.

"All must get united to free Khaleda Zia from jail and restore democracy through a successful movement under her leadership," he said.

Moudud, a BNP standing committee member, said the government must release Khaleda Zia from jail if it really wants to hold a credible election. "It's one of our main conditions."

Besides, he said, Parliament must be dissolved 90 days before the election, army will have to be deployed with magistracy power and the thousands of political cases filed against BNP leaders and activists must be withdrawn for creating a proper atmosphere for the election.

The BNP leader urged all the political parties, intellectuals and professionals to get united for the restoration of democracy in the country defeating Awami League.