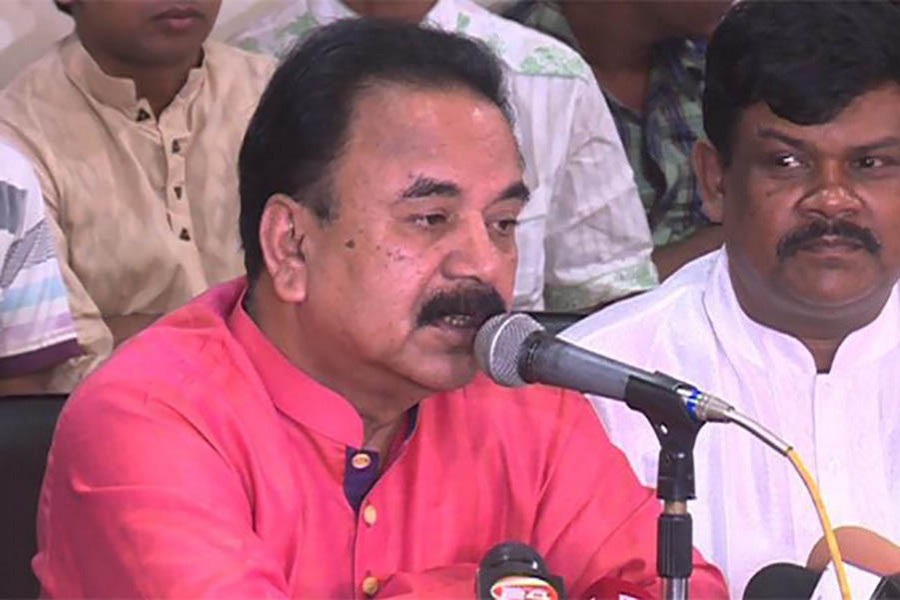 BNP senior leader Gayeshwar Chandra Roy on Sunday said Awami League will boycott the next general election if there is a minimum scope of credible balloting.

he also said Jamaat emerged in Bangladesh politics during HM Ershad's rule, not during BNP founder Ziaur Rahman's one.

"We shouldn't waste our time debating whether we should go to polls or not. We'll join the polls removing all the barriers to it. But I want to say it well ahead that Awami League will boycott the next election if a minimum chance is created for holding it in a free and fair manner," the BNP leader said at a discussion, reports UNB.

Gayeshwar, a BNP standing committee member, said Awami League will not join a fair election as the party knows that it will face a sure debacle.

Mentioning that a credible election is impossible under Sheikh Hasina-led government, he said their party must ensure that the polls will be held under a neutral administration.

The BNP leader said Awami League often 'falsely' blames Zia for giving Jamaat the space for doing politics. "Actually, it's Ershad who did it while Awami League and Jamaat jointly gave Ershad legitimacy."

"Jamaat was not there in politics during Ziaur Rahman's rule. The party was also not there in the 1979 election after the Baksal rule. It got political registration and emerged as a political party in 1984 during Ershad's rule," Gayeshwar claimed.

The BNP leader also alleged that the ruling party is maintaining a covert link with Jamaat top leaders and holding meetings with them to take it into their fold ahead of the next polls.

He said ruling party leaders and ministers are holding meetings with Jamaat leaders, even in jail. "No information in Bangladesh now remains undisclosed."