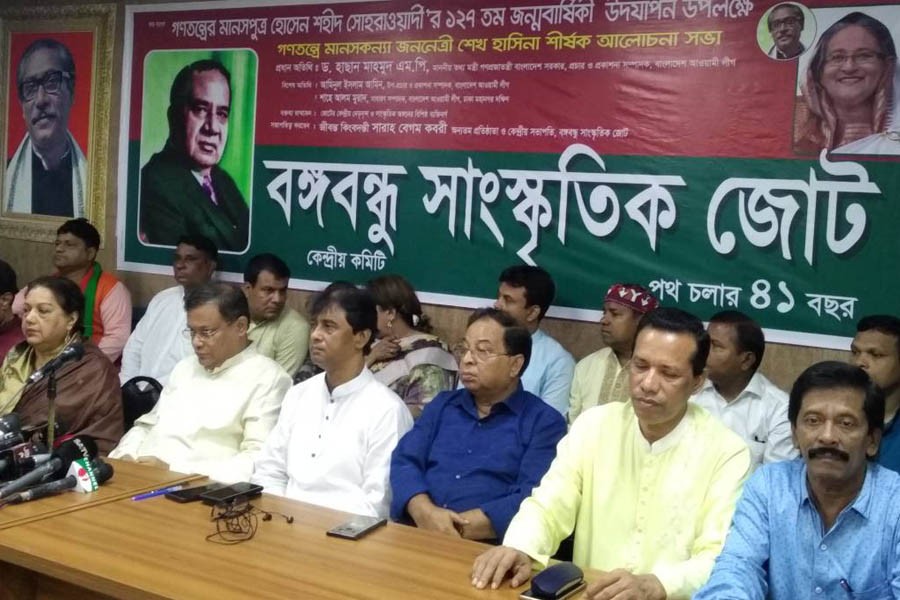 The minister came up with the remarks at a discussion organised by Bangabandhu Sangskritik Jote marking the 127th birth anniversary of Huseyn Shaheed Suhrawardy at its office in the capital, reports UNB.

“The government also wants to see Bangladesh Nationalist Party (BNP) as a strong opposition party, but people have rejected the party following its politics of vengeance,” he added.

Regarding the claim of BNP Secretary General Mirza Fakhrul Islam Alamgir that the government is trying to annihilate opposition parties from the country, he said, “I request him to avoid the politics of vengeance. BNP is doing the politics of revenge from the beginning of its journey.”

BNP Chairperson Khaleda Zia celebrates fake birth day while Sheikh Hasina came under grenade attack due to the politics of vengeance, he said adding, “AL never does politics of revenge. We want to stay in power through democratic process.”

The minister said those who had ordered burning people to death in the name of politics have to be brought to justice.