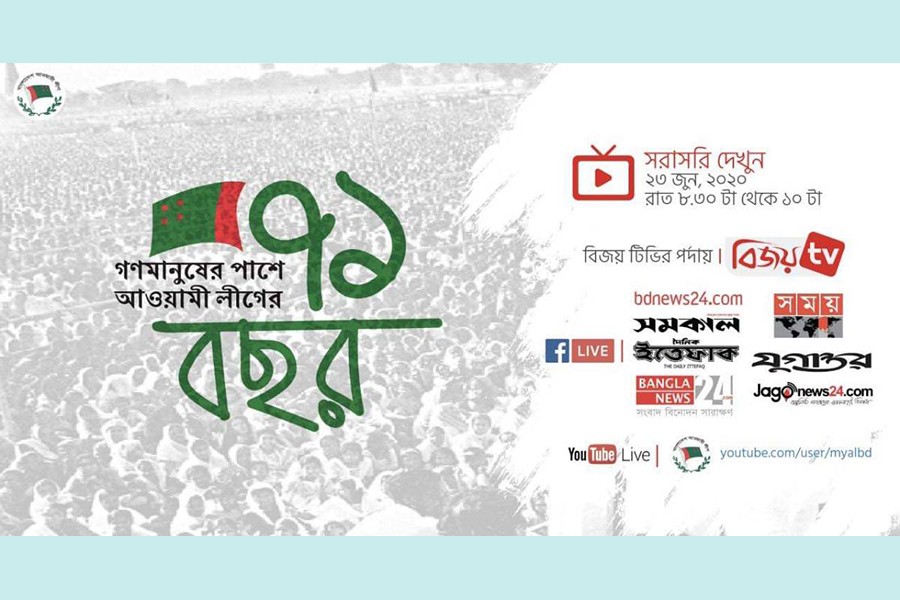 Awami League, the oldest and largest political party of Bangladesh, will celebrate its 71st founding anniversary on June 23.

The political party was established on this day in 1949 in Rose Garden, Dhaka.

The party will organize a special webinar on the night of June 23 on the occasion of the founding anniversary.

The webinar titled 'Ganamanusher Dal Awami League' will be aired on the party's official Facebook page (https://www.facebook.com/awamileague.1949/) and YouTube channel (https://www.youtube.com/user/) at 8.30 pm). The show will also be broadcast live on the Facebook pages of Daily Ittefaq, bdnews24, Daily Samakal, Jagonews24, Banglanews24, Jugantar and Samay TV and on Vijay TV.