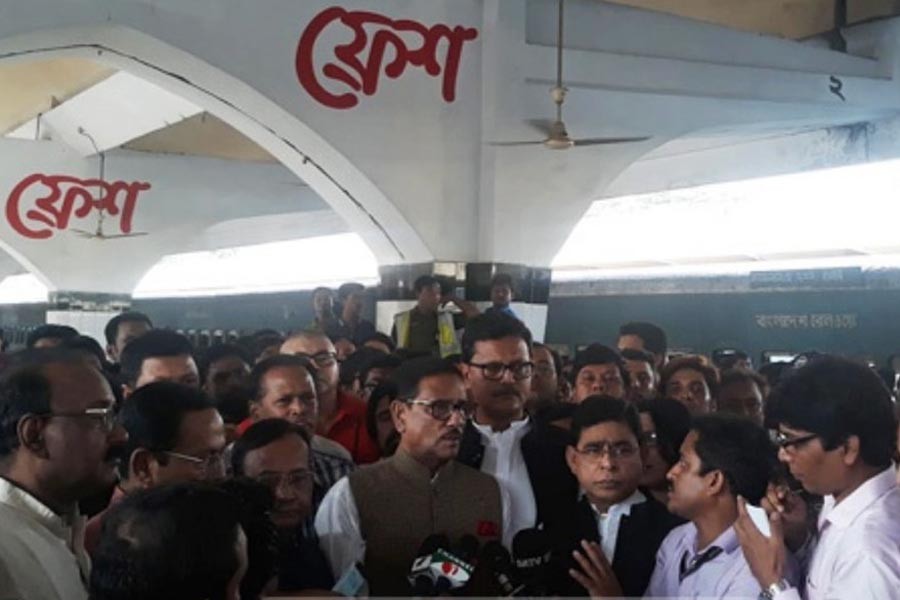 The delegation, led by Obaidul Quader, general secretary of the Awami League, will hold more than 11 rallies at different railway stations.

“The aim of the train journey is to reach out to the grassroots level the message of development works carried out by the AL government and strengthen the party,” Quader said.

The organisational activities of the party will play an important role in making grassroots people aware about the 'rumor politics' of BNP and Jamaat, said the AL general secretary.

Quader, also the road, transport and bridges affairs minister, said, "This journey is our election journey. The tour will continue.”

“We'll launch campaign on September 13. Then, it's scheduled to start our campaign to Chattogram, Mymensingh and Kishoreganj by road," he said.

Quader added, "The upcoming election will be competitive and, considering this, we've to take preparations. If there's any internal dispute, we've to solve. This campaign is to revitalise the grassroots leaders."

Railways Minister Mazibul Hoque was present at the station to see the team off.