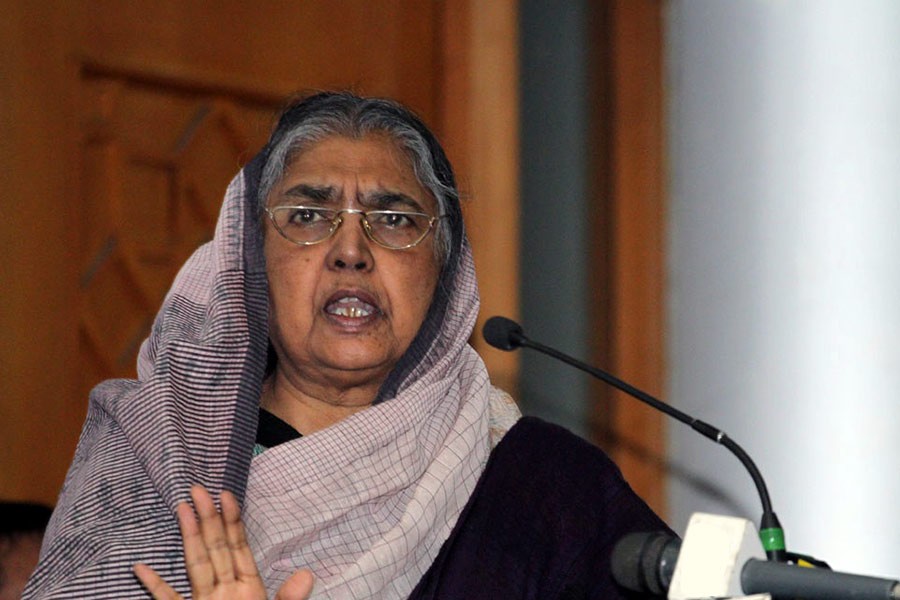 Ruling party Awami League has threatened to go for legal action if the legal notice sent by BNP chairperson Khaleda Zia to prime minister Sheikh Hasina is not withdrawn.

The ruling party's presidium member and also the agriculture minister Matia Choudhury came up with the remarks on Wednesday while addressing a press conference at AL President’s Dhanmondi office in Dhaka.

The press conference was called hours after BNP disclosed that a legal notice was sent to Hasina.

Matia said BNP has sent the legal notice to divert people’s attention from their misdeeds.

Also present at the press conference was AL's publicity and publication affairs secretary Hasan Mahmud, who threatened to take legal action if BNP does not withdraw the legal notice.

"If they (BNP) don't withdraw the legal notice, we’ll take legal action against them," he said.

According to sources concerned, the notice demands an unconditional apology that can be issued to the media within 30 days for, what it said, defamatory remarks about BNP chief and her family.

Compensation will be sought through legal means if no apology is issued, according to the notice.