AL must step down before polls: BNP 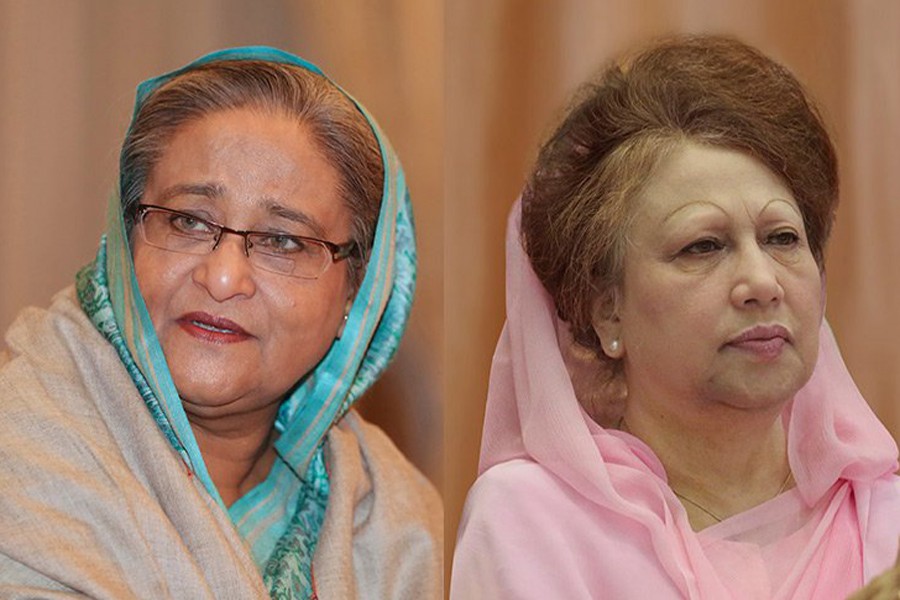 BNP on Sunday warned that the government must quit as people will not allow Awami League to hold the national election under Prime Minister Sheikh Hasina.

"This time, you (govt) will have to go, no matter how many plots and evil designs you resort to hang onto power...you must release Khaleda Zia and hold the election after dissolving parliament," he said.

The BNP leader said there is no alternative to holding the election under a non-party neutral government to ensure people's voting tights.

"Sheikh Hasina is the enemy of a fair election. Holding the polls under her means snatching people's voting right," he observed.

Referring to AL general secretary's comment that Khaleda's release depends on court, not on Awami League, Rizvi said Quader's remark is not acceptable. "People have rejected his comment."

He alleged that the government is repeatedly obstructing Khaleda's release on bail from the apex court through various tactics. "Khaleda Zia has been kept in jail now at the behest of the government."

The BNP leader said the government must amend the constitution to include the provision of the election-time neutral government for ensuring a credible and inclusive election, reports UNB.

He said their party has been on a movement for restoring people's voting right to hold the lection under a non-party administration. "Any movement for realising people's demands never failed in the world. Our movement will also become successful."

Rizvi alleged that police arrested their party's 89 activists across the country, including in the capital, while observing BNP's 40th anniversary programmes on Saturday.

He condemned and protested the arrest of their party men and demanded the government release them immediately.