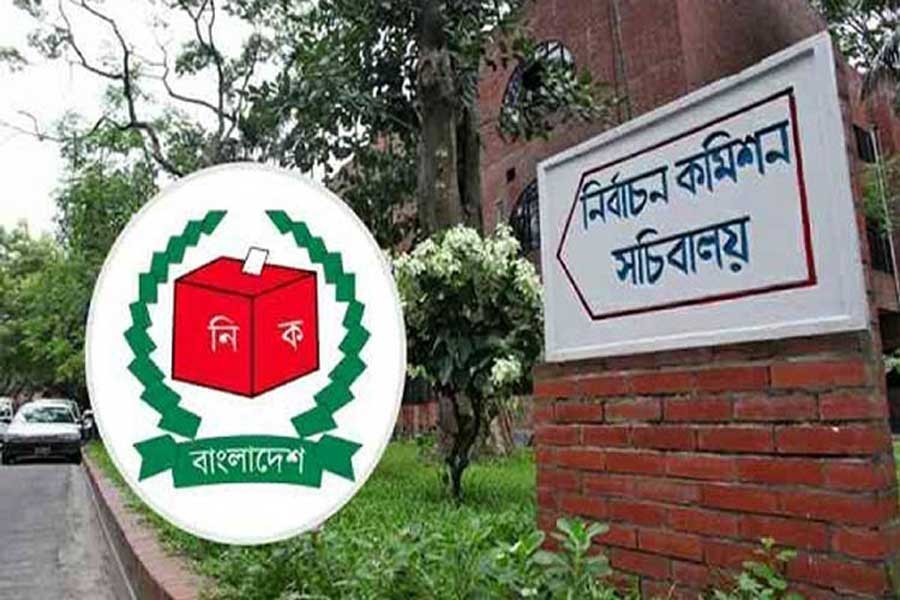 A 10-member Awami League delegation, led by party President Sheikh Hasina, has gone to the Bangabhaban to discuss the formation of an Election Commission with President Md Abdul Hamid.

The cabinet approved the draft of a new law on the formation of the Election Commission on Monday in line with the constitution. Some political parties demanded a law in the talks with Hamid for the formation of a new EC, but the government had made it clear the law would not be passed before the next commission is formed.

Hamid kicked off EC formation talks with the political parties on Dec 20 through a meeting with the Jatiya Party.

The talks come to an end with Monday’s meeting with the ruling Awami League.

After the talks conclude, a ‘search committee’ will be formed. The committee will then recommend suitable names for the Election Commission to the president.

The president will pick the commissioners and their chief from these names to form the new commission. The new Election Commission will oversee the 12th parliamentary elections in 2023.

Previously, President Hamid met 31 parties in the talks for the formation of an EC in 2016.

Thirty-two parties were invited to the Bangabhaban for the talks this time, but 24 have attended.

The BNP, which had attended previous talks with the president, boycotted them this time. They were joined by seven other parties, including the CPB, BaSaD and JSD.

Most of the parties that attended the talks have called for parliament to pass a law that specifies the process of EC formation. Some have also called for an impartial election-time government to oversee the polls.

The appointment of election commissioners has always given rise to political controversy in the past 50 years. The ‘search committee’ system used the last two times has also drawn criticism from some quarters.