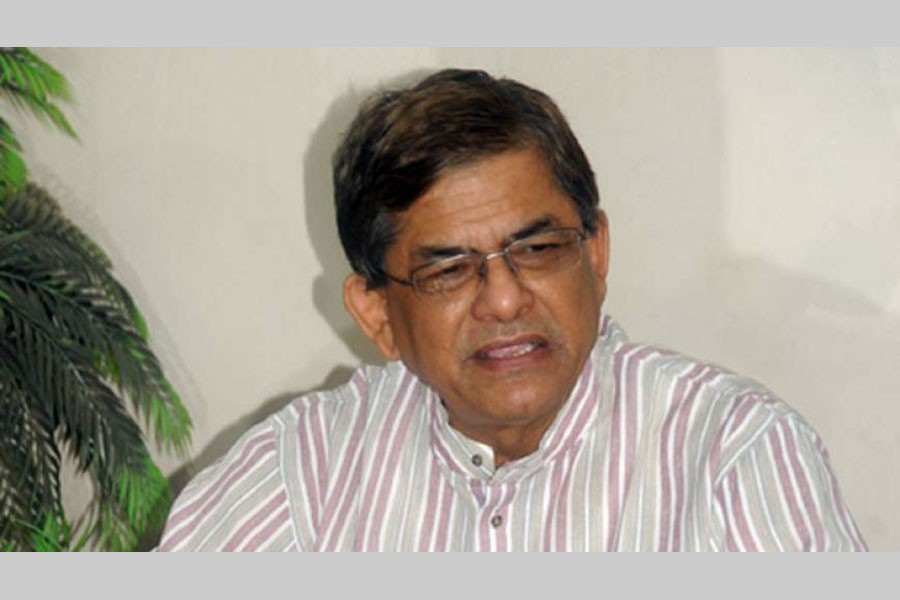 BNP Secretary General Mirza Fakhrul Islam Alamgir on Thursday accused the Awami League (AL) of destroying the spirit of the Liberation War whenever they come to power by enfeebling freedom of expression.

The BNP leader came up with the comments while speaking at a discussion at Mohanagar Natya Mancha in the city.

The discussion was arranged by the party to mark the Martyred Intellectual Day, as per a UNB report.

Fakhrul alleged that the government is taking all-out steps to eliminate its opponents and those who hold alternative opinions.

The BNP leader called upon people from all walks of to get united to restore democracy and freedom of expression in the country.

He also accused the government of completely politicising the administration and bringing the judiciary under the control of the ruling party.