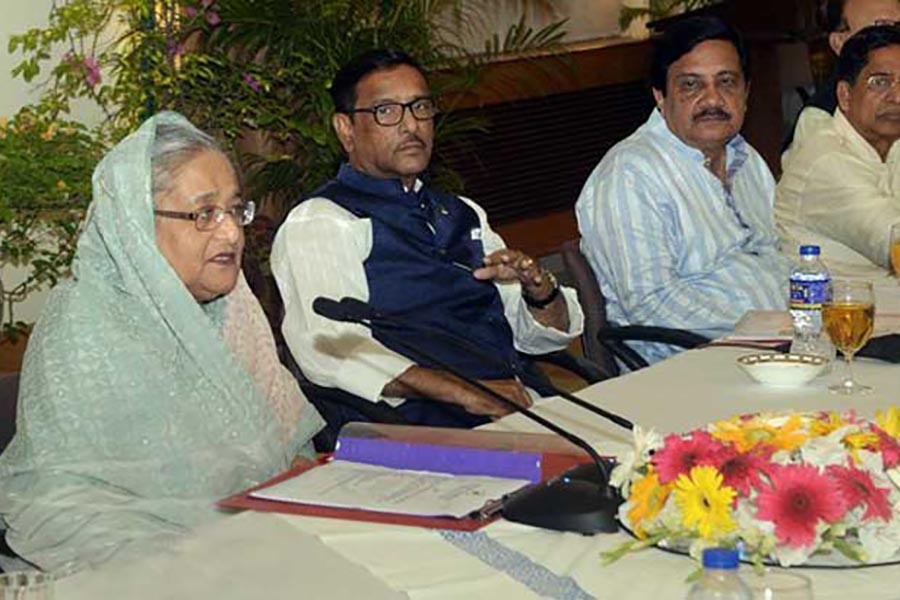 Awami League Central Working Committee (ALCWC) sits in a meeting on Monday with AL President and Prime Minister Sheikh Hasina in the chair.

The meeting will be held at 6pm at the Prime Minister's official residence Ganobhaban, said a press release on Sunday.

Besides, AL secretaries, presidents and secretaries of its associate bodies and AL Dhaka city north and south units will hold a joint meeting on Tuesday, reports UNB.

The meeting will be held at AL President and Prime Minister Sheikh Hasina's political office at Dhanmondi in the city at 4pm, said the release.

AL General Secretary and Road Transport and Bridges Minister Obaidul Quader urged all concerned to attend the meetings on time.