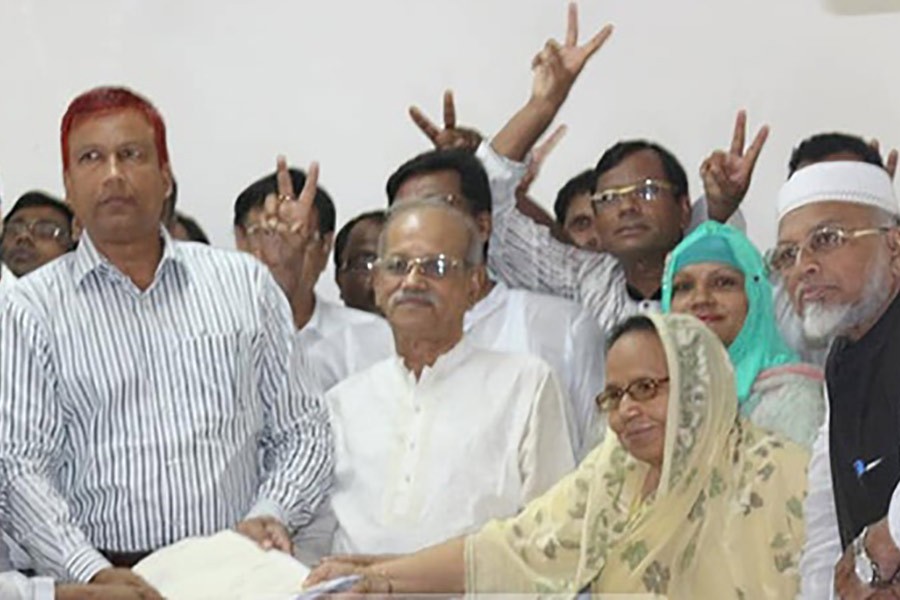 She ran unopposed in the Bagerhat-3 by-election and was declared the winner by Returning Officer Md Nuruzzaman Talukdar on Monday, reports bdnews24.com.

Khalek had vacated the Rampal-Mongla seat for his successful run in the Khulna City Corporation elections.

The Awami League then announced that his wife, Habibun Nahar, would be running for the seat.

It is the second time that Habibun Nahar has become an MP.

Actor Md Shakil Ahsan aka Shakil Khan had taken a nomination application in consideration of a run as an independent candidate but had not submitted it, leaving Habibun Nahar unopposed.

“I have been elected as a representative to the national parliament as no other parties competed against me in the election,” she said after her victory was announced.

“I had previously served as the MP for this seat. I will try to complete all the development work that has gone unfinished.”

According to the schedule, the by-polls for the seat were to be held Jun 26.