Acceptable person to get AL ticket in DNCC polls: Quader 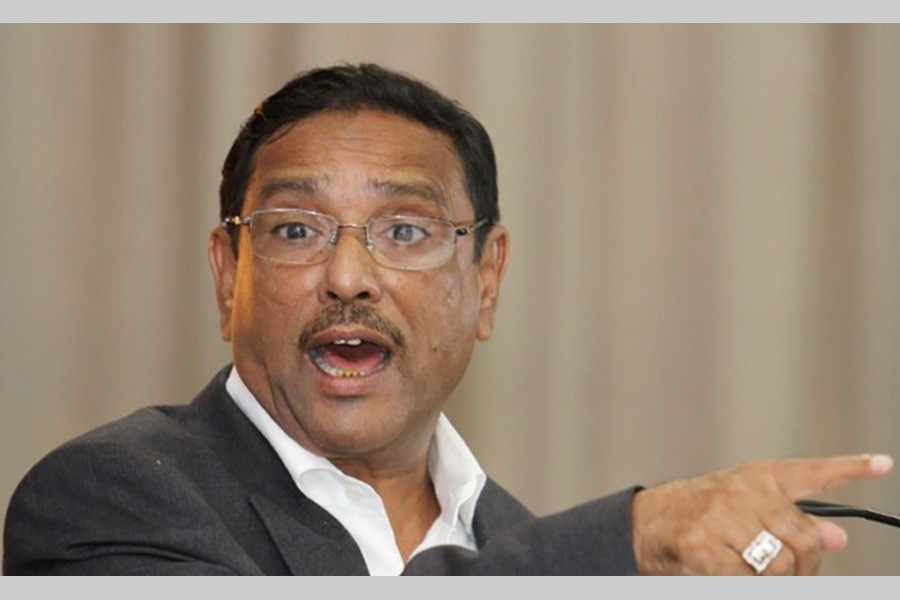 Road Transport and Bridges Minister Obaidul Quader Monday said his party would like to nominate a person, who bears  the maximum acceptability of the people, in the forthcoming mayoral election to Dhaka North City Corporation (DNCC).

"On the basis of surveys of different organisations and the decision of the party's nomination board, the person who commands the acceptability at its highest, will get nomination from Awami League (AL) for contesting in the Dhaka North City Corporation's mayoral polls," he said.

Quader, Awami League General Secretary, told this to newsmen after inaugurating a foot over-bridge at Hemayetpur on the city's outskirt Savar on Dhaka-Aricha highway.

He said they (AL) have more than one eligible candidates who either directly do party politics or are outside the party-fold having leaning towards Awami League to compete in the election.

According to a UNB report, The AL general secretary said the next DNCC mayoral polls will be held under the party-banner for the first time.