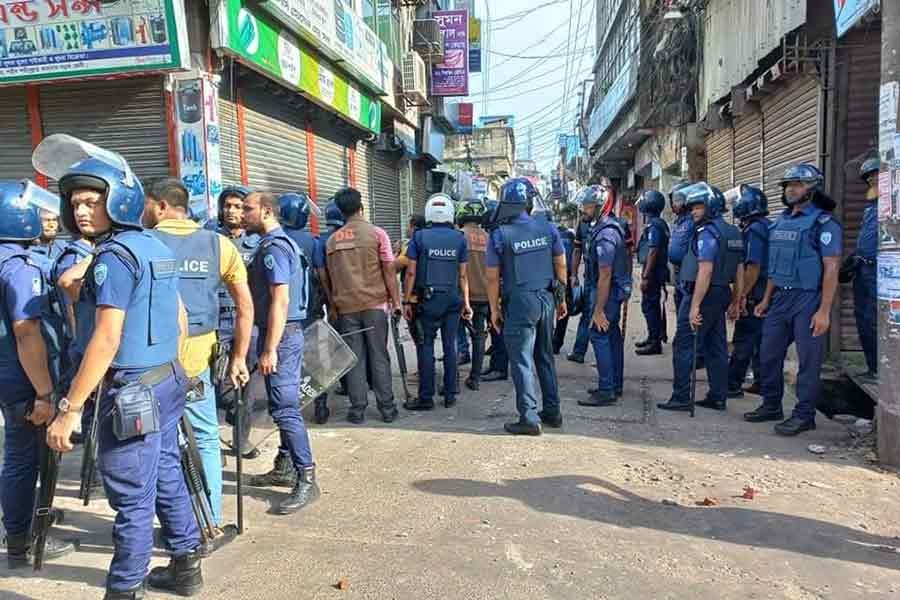 At least 20 people were injured on Friday in a sporadic clash between activists of the ruling Awami League (AL) and BNP during a protest rally in the trunk road area of the town on Friday.

According to the locals, BNP leaders and activists held a procession in the town protesting the price hike of daily commodities and the deaths of two of their fellow leaders in Bhola.

Activists of the ruling party and its associate bodies carried out an attack on the procession at Trunk Road area of Feni town around 3:30 pm.

Several chases and counter-chases took place between the parties that left at least 20 people injured, added the OC.

Police fired 15 rounds of gunshots and rubber bullets to bring the situation under control.

BNP to hold rallies in divisional cities from October 8