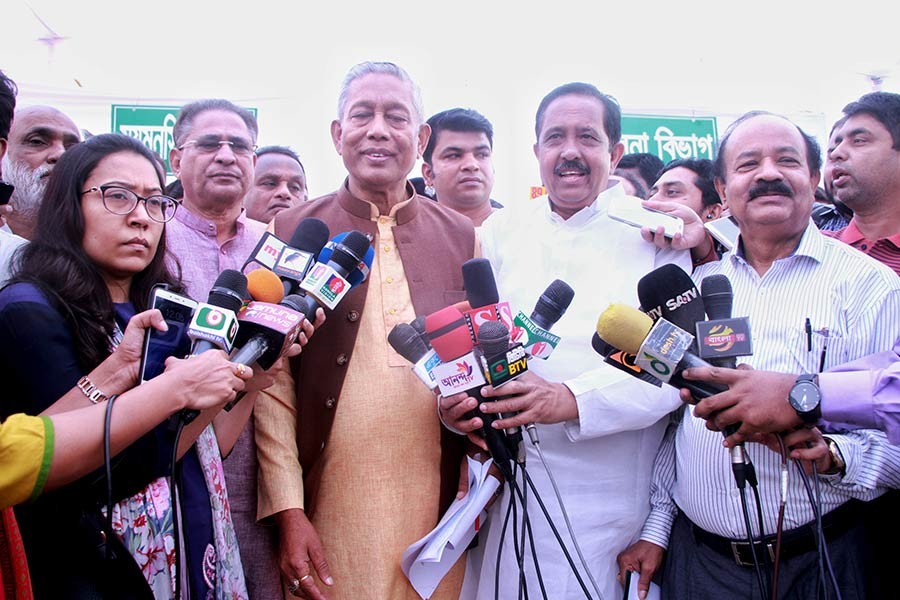 The 14 party-alliance has requested the election commission to be cautious over the 'secret agenda' of foreign election observers and suggested them to be careful.

General secretary of Bangladesh Samyabadi Dal Dilip Barua came up with the statement  talking to reporters after a meeting with EC secretary Helaluddin Ahmed at Nirbachan Bhaban in the city on Tuesday.

A four-member delegation of the alliance, led by Dilip Barua, came to the Election Commission office in the morning, reports UNB.

"We asked the Election Commission that foreign observers will come from different countries during the election and sometimes it is seen that some of them have hidden agenda," Dilip Barua said.

"So, we've requested the commission to be aware of the issue as no one can raise any question over the 11th national election," he said.

While reading out a written statement of the alliance, Barua said there are allegations that some local and foreign observers work with a motive in the name of election monitoring and some others gather secret information concealing their identities.

"That's a complete violation of election rules," he said.

This alliance can stage something like acts of sabotage before the election, he feared.