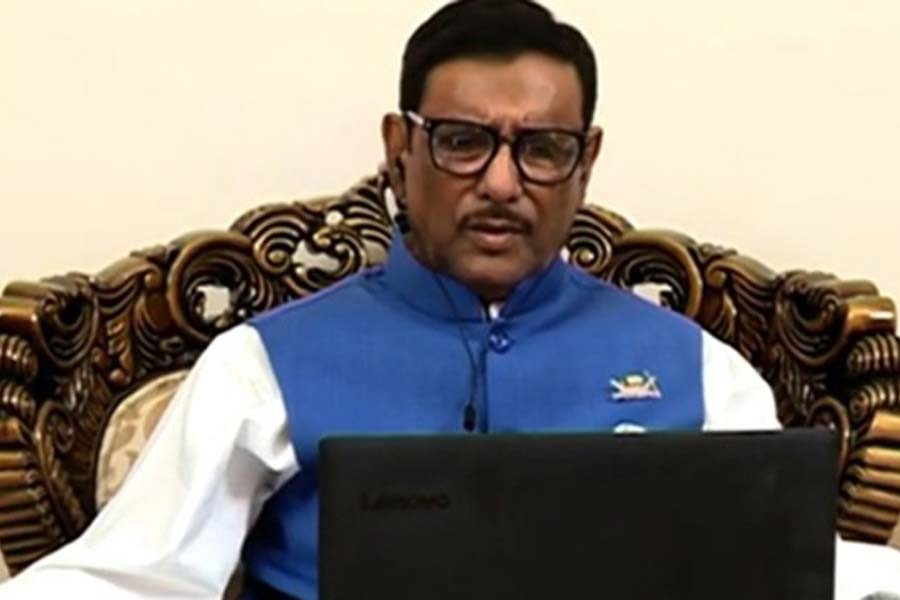 Awami League General Secretary Obaidul Quader has said that criminals will not be allowed to use their political identities as shields.

The road transport and bridges minister made the remarks while addressing a virtual press briefing at his official residence on Thursday, reports UNB.

Quader said the Awami League and the government have already clarified their positions on the recent incidents of violence against women.

He urged the victims of harassment and rape to come forward and file complaints, assuring that there would be exemplary trial for every incident and no criminal will be spared.

Saying that a party is trying to gain political advantage from this issue, Quader accused the BNP is trying to divert the attention of the people.

Mentioning the sheltering, rehabilitation, rearing of murderers, terrorism and conspiracy are the political culture of BNP, Quader asked if they have forgotten that they turned the country into a sanctuary for murders, terrorism, violence against women and violence against minorities after coming to power in 2001.

"During the BNP's tenure, 21,000 Awami League leaders and activists were killed, and women's oppression shocked the world conscience. Thousands of women were raped but none was brought to justice," he said.