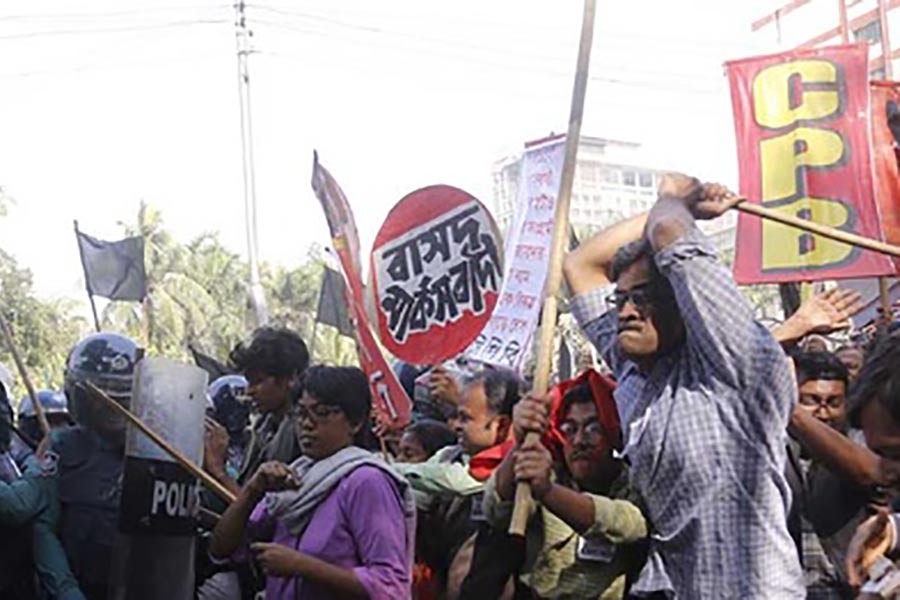 Police have foiled the Left Democratic Alliance’s 'black flag' march towards the Prime Minister’s Office demanding the government’s resignation and a re-election under a caretaker government.

Protesters clashed with the police in front of Matsya Bhaban at 1am on Monday. Traffic came to a halt around the Matsya Bhaban intersection for about 20 minutes at this time, reports bdnews24.com.

“We requested the LDA leaders not to break the barricade. But they did not listen and attacked us instead,” said DMP Ramna Zone DC Sazzadur Rahman.

Five policemen were injured in the attack, among which two are critically wounded, said DC Sazzadur. Out patience ran out at one point and we dispersed the protesters, he added.