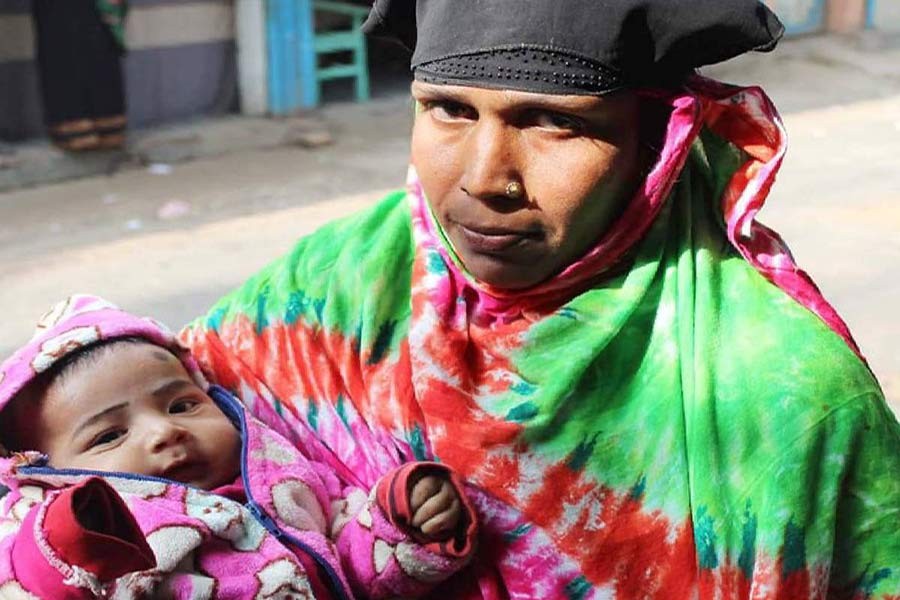 Police arrested a woman while she was allegedly trying to sell a two-month old baby at Tk 50,000 in Dotteshor village in Wazirpur upazila here on Friday afternoon.

The arrestee was identified as Bakuli Begum, wife of Shahidul Islam Khan.

Ziaul Ahsan, officer-in-charge of Wazirpur Police Station, said tipped-off that a woman is trying to sell a child police raided the village and rescued the kid.

The baby was handed over to Union Parishad Member Nurul Haque Sardar, he added.

During interrogation Bakuli said Faruk Hossain, one of her relatives, collected the child from Barishal Sher-e-Bangla Medical College Hospital and gave it to her.

Later, she also claimed that Faruk adopted the kid from one Jamal Khan of Mogor village in Nolchhity upazila in Jhalakathi, the OC added.

The OC said police recovered the kid while Bakuli was bargaining with some people to sell the kid at Tk 50,000.