PM to lead 22-member delegation in dialogue with Oikyafront 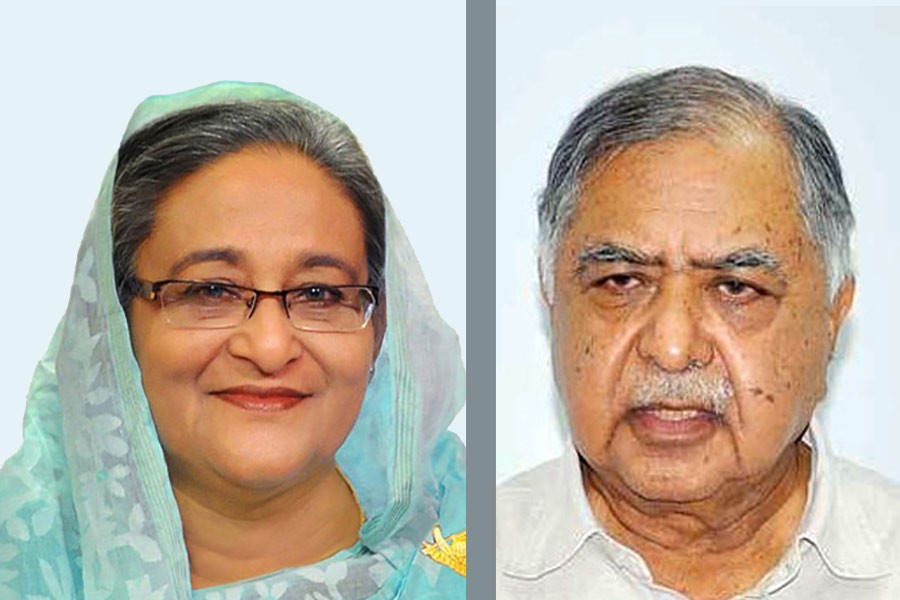 A 22-member 14-party delegation, led by Awami League President and Prime Minister Sheikh Hasina, will sit in talks with the 16-member Jatiya Oikyafront team at Ganabhaban on Thursday evening.

Among the 22 members, 18 leaders are from Awami League while four others from its alliance partners.

On Tuesday night, Jatiya Oikyafront sent the names of its 16-member delegation, led by Dr Kamal Hossain, to Awami League for the talks to be held at 7pm on Tuesday.

Meanwhile, Road Transport and Bridges Minister Obaidul Quader said the Prime Minister wants to sit in dialogue with other parties as well.

Talking to reporters at the secretariat, he also anything can be discussed at the dialogue. "The Prime Minister has no precondition... talks can be held on any issue."

In response to it, Sheikh Hasina sent a letter to Dr Kamal on Tuesday morning and invited Oikyafront leaders to join the dialogue.