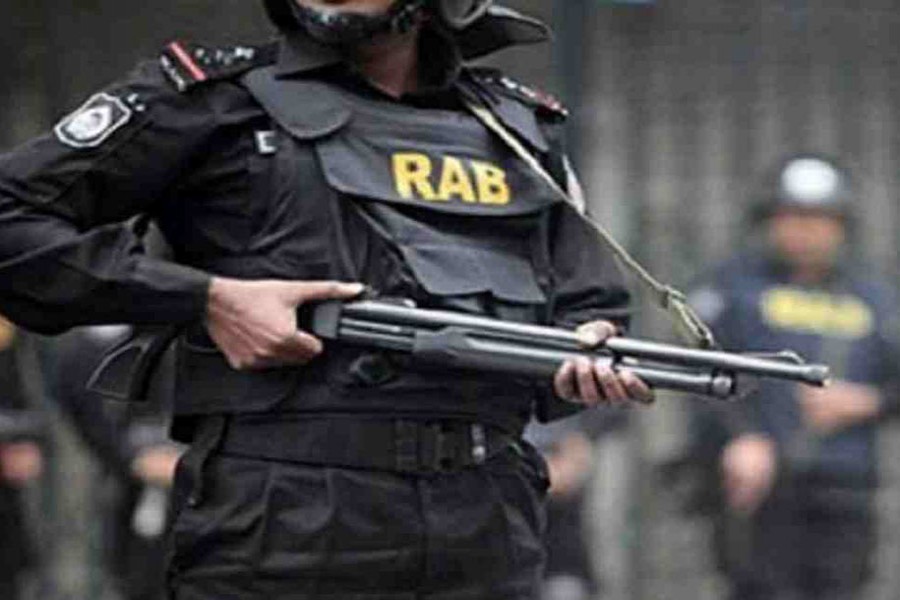 In once again denouncing the US sanctions on Rapid Action Battalion (RAB) Prime Minister Sheikh Hasina on Thursday questioned the motive behind Washington's move.

The prime minister lauded the role of the elite force in curbing terrorism in the country, reports UNB.

"We've curbed terrorism with them in this country. What does the imposition of sanctions on them mean? (Is it) to support the terrorists?" My question is whether the USA is dissatisfied with curbing terrorism," she said.

The premier said in replying to a question at a press conference arranged at her official residence Ganobhaban on the outcome of her recent official visit to the UK and the USA.

Sheikh Hasina said the RAB was formed at the recommendation of the USA. The USA provides them (its personnel) with everything including training, arms, helicopter, and even digital system and ICT systems.

"When the USA imposes sanctions, raises any word or allegation, I would like to say one word that they (RAB) have conducted their activities as per the training they received," she said.

"Had your training been good one to some extent, it would have be right. What do we have to do here?" said the PM.

She said if any member of the law enforcement agencies including RAB and Police commits any offense, the person is tried here in Bangladesh. But if US police kill anyone as per whim, they (police members) are not always tried there, she said, adding that only one incident was tried when the USA people waged a movement against it.

She said they (the US police) gun down people for a trivial matter. They kill a minor child just for keeping their hands in the pockets or carrying toy pistols, she said, adding that the US says nothing about how many Bengalis were killed there.

"I told them these things clearly. I didn't sit idle," said Hasina.

The US sanctioned RAB and seven of its serving and former officials in December last year accusing the force of grave violation of human rights, an allegation Dhaka has vehemently denied.