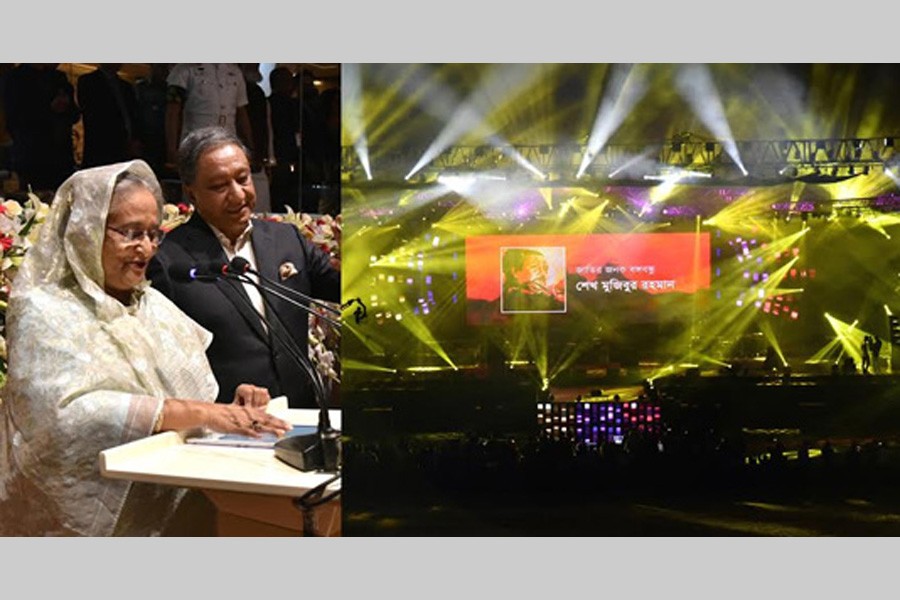 The Bangabandhu Bangladesh Premier League (BPL), the special edition of BPL T20 to mark the birth centenary of the Father of the Nation Sheikh Mujibur Rahman, kicked off amid huge enthusiasm and much fanfare at the Sher-e-Bangla National Cricket Stadium on Sunday.

This was notably the first programme to celebrate the 100th birth anniversary of the Father of the Nation that prompted the government to take various steps.

The tournament, with the participation of seven teams, will roll onto the ground from Wednesday at the home of cricket Sher-e-Bangla National Cricket Stadium.

The opening function of the tournament was set in two parts with the local star singers in shape of James, Momtaz and others ruled the rooster in the first part.

Several giant LED screens were installed across the country, including nine in and around the stage, to host one of the biggest programmes of this era in Bangladesh.