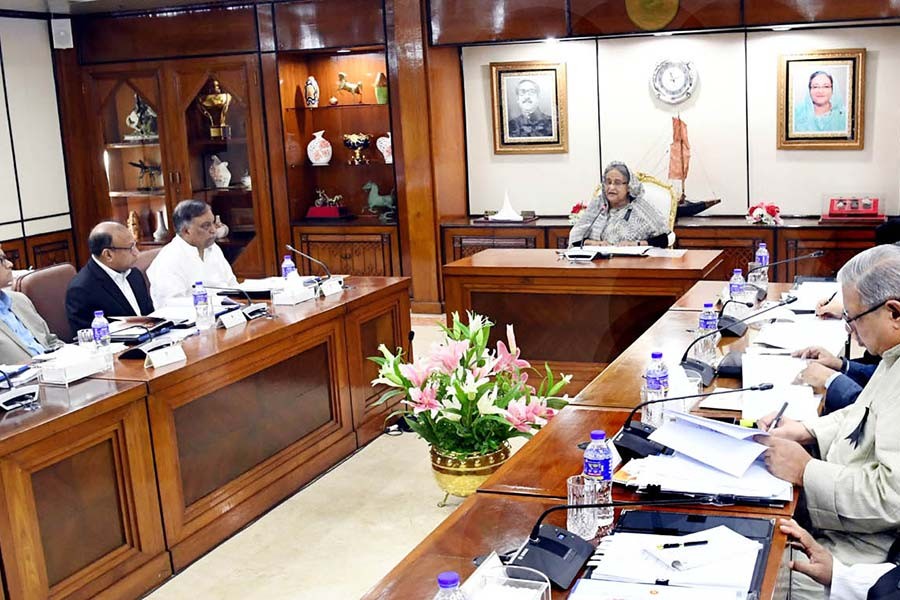 Prime Minister Sheikh Hasina today asked the authorities concerned to make the monitoring system stronger further along with conducting massive awareness campaign so that the migrant aspirants are not deceived anymore.

“We will have to make the monitoring system stronger further alongside creating massive awareness programme to stop deceiving migrant aspirants while going abroad,” she said while addressing the maiden meeting of the National Steering Committee on migration held at the Prime Minister Office (PMO) in Dhaka city.

She said, “There is an urgent need to cast a special eye as they (migrant workers) are not lost in any unusual time and it is our duty to look after their security and welfare because they are the citizens of our country.”

Around 10 million Bangladeshi expatriates are now working in around 100 countries and they are sending remittance that is largely contributing to reduce the poverty and increase reserve of foreign currency, she said.

She asked the authorities concerned to prepare a database of the migrant workers detailing their whereabouts abroad and work status.

Stressing the need for imparting the foreign job seekers with appropriate training on the particular jobs and languages, the prime minister said, “We can talk to the particular countries and arrange training jointly with the concerned countries as we did in the past.”

Sheikh Hasina, also president of National Steering Committee on Migration said “There is a group of brokers in the country who are sending people abroad after taking huge money from migration aspirants by showing them bigger dreams”.

Brokers later even take more money from the migrants’ relatives by pressuring them, she said, adding “Migration aspirants usually collect money after selling their belongings and taking loans. So we have to keep an eye as they are not cheated.”

People are falling into the trap of brokers despite the government has established 5275 digital centres across the country from where the migration aspirants can registrar their names for going abroad, she continued.

“We are trying to convince people to register their names through digital centres for going abroad, not approaching the brokers,” she added, calling upon the media to play an effective role in this regard.

“Our women are going to many countries for job purposes and they are being tortured abroad. So we are now giving them smart cards and mobile phones aimed at stopping the repression on them,” the prime minister said, BSS reports.

The government has established Probashi Kallayan Bank (Expatriate Welfare Bank) as the people can get loan from the bank to go abroad, she said.

“We have a huge number of youths working forces in Bangladesh which has an immense potential. We will have to give them training on various capacities to make them skilled manpower. Then we can send skilled people abroad,” she said.

In this context, the premier also said in the future, manpower might not be sent abroad because skilled manpower would be needed for the country as “we are setting up 100 special economic zones and developing information communication technology (ICT) sector”.