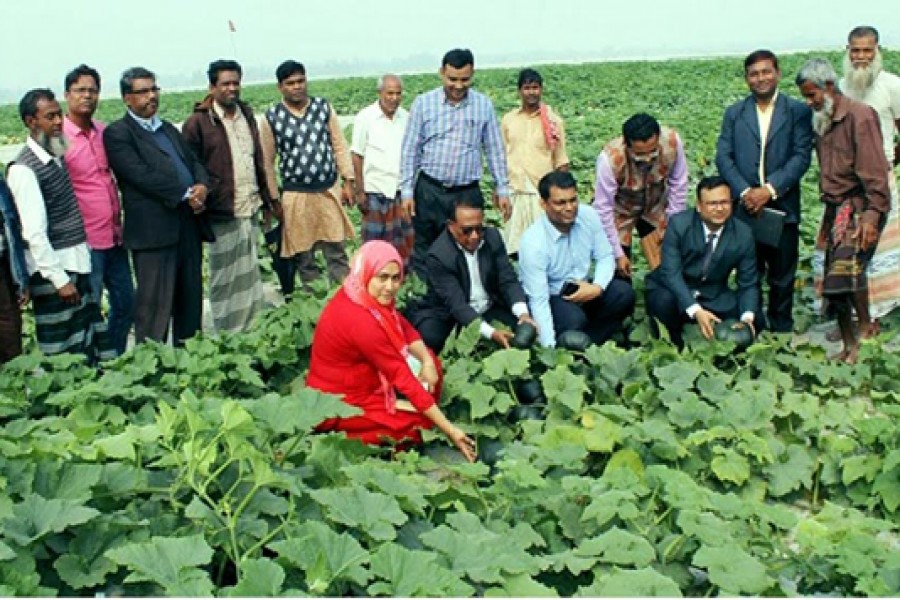 Being inspired by officials of the Department of Agricultural Extension (DAE), farmers living in char villages have brought over 100 acres of char lands under winter vegetables farming in two unions of the upazila alone this season.

“After getting repeated bumper production with lucrative price of pesticide-free vegetables in recent years, char people have cultivated the same on more chars lands in the two unions of Kawnia upazila this season,” said Haque.

“Popularisation of ecological agriculture like cultivation of pesticide-free vegetables on char areas with application of bio-fertilizers and composts can also reduce negative impacts of conventional agriculture on public health and environment,” he said.

Local farmers Asaduzzaman, Swadhin Mian and many others narrated the success they have achieved in farming pesticide-free vegetables with the DAE assistance on char lands on the Teesta riverbeds this year like in previous seasons.

The char farmers informed the Deputy Commissioner that they were earning lucrative profits through cultivation of different varieties of pesticide-free vegetables those have huge demand in local markets.

“The programmes should be implemented properly to enhance production of pesticide-free vegetables adopting eco-friendly technologies in synchronization with climate change to bring more profits to farmers and improve public health,” he said.