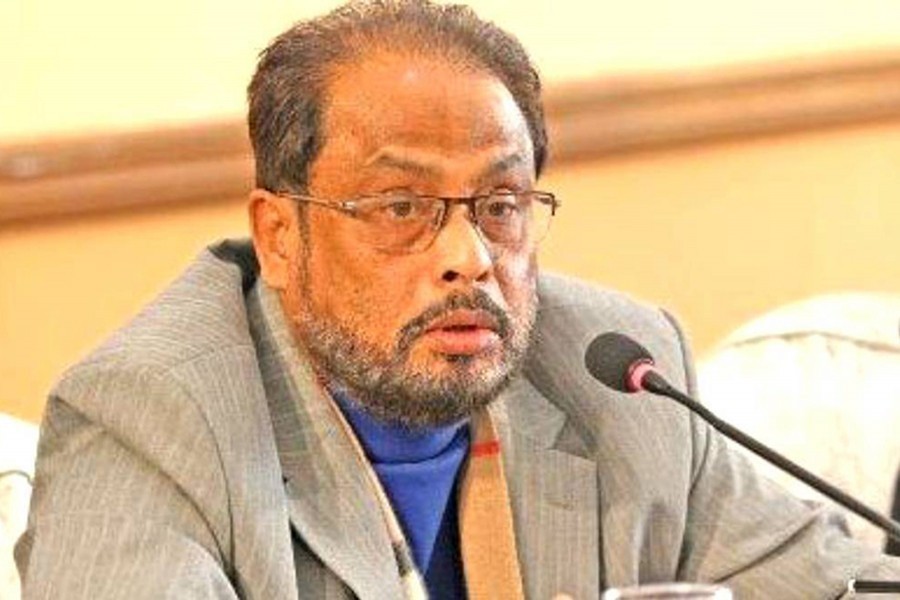 Jatiya Party Chairman GM Quader on Sunday said the people want to know what initiative the government has taken to remove uncertainty created over getting Covid-19 vaccine in time.

"Those who have received the first jab are concerned whether they would get the second dose in time," he said in a statement.

The JaPa chairman, as per a UNB report, said frustration is growing among people as the country did not receive vaccinedoses as per agreement since February.

Quader said it is the government's responsibility to vaccinate all eligible communities across the country.

"The people of the country want to know what initiative the government has taken over the vaccine," he said.

The government will have to take effective steps to ensure vaccine for the people within the stipulated time, said Quader, also the deputy leader of the opposition.

He said last year JaPa suggested the government maintain contact with alternative sources over vaccines. But no such initiative has been taken. As a result, the country is now facing a tough crisis.

The JaPa chairman expected that the government would make all-out efforts to collect the necessary vaccine on an urgent basis.