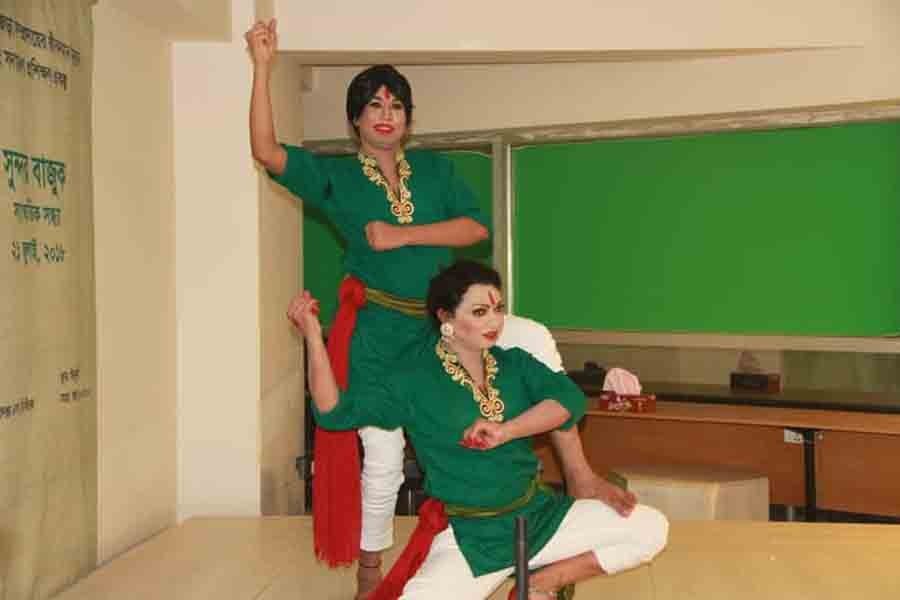 She was on cloud nine when she secured a job at a private company after passing the higher secondary exam.

Her contentment, however, was short-lived as Bobby, a transgender person, lost the job when her gender identity was disclosed.

Bobby now makes a living as an alms seeker at Mogbazar Railgate.

“This is the hardest time for us. I know others are suffering during this epidemic but we have to suffer the most,” said Bobby.

A life already fraught with the struggle to attain dignity has been made all the more difficult for the country's transgender community by the coronavirus epidemic, bdnews24.com reports.

While alms typically form the basis of their livelihoods, the people of the third gender, who identify themselves as women in most cases, had been trying their hand at different jobs in order to gain economic independence when the coronavirus crisis emerged.

Compelled to follow the social distancing measures, people from the marginalised group consequently saw their earnings slide while some have lost their jobs.

In 2018, Shohagi opened a beauty parlour in Savar’s Hemayetpur which now faces closure because of the ongoing crisis.

“My business would have established this year if the coronavirus pandemic did not occur. Now I am almost bankrupt,” a frustrated Shohagi told the news agency.

“It’s unbelievable how I managed to run everything for the last four months. House rent, shop rent, food -- everything has to be paid. I am anxious thinking about how I'll get through the days ahead.”

Shohagi, who is striving to be independent, trains other members of the third gender community to become beauticians. She employed five of them in her beauty salon.

“Now I have to pay for their food and other expenses. The expenses are the same even though the income has dropped to nothing. I had some savings which I used to pay my house rent,” she said.

They have not received any aid from the government, Shohagi added.

Arifa Hossain Mayuri failed to bag a job after earning a diploma in engineering due to her gender identity.

The coronavirus epidemic has had a huge impact on the business of Arifa, a winner of SME National Entrepreneur Award and Best Joyeeta Padak in Dhaka division.

“We’re going through a very tough time. No-one has any work and I can’t provide them with employment opportunities either.”

The prime minister has given Tk 200,000 to help transgender people during the epidemic but Arifa believes the community needs more government aid to ride out the crisis.

“We take part in the international trade fair and other prominent events. We need more incentives from the government.”

“We’re confronting a huge financial crisis as we haven't had any work since March. We have no ties to our parents or relatives. We're going through a torturous time ,” she said.

Kotha called for counselling services for the transgender people to help them deal with the crisis.

“Many of us have had to leave our houses as we weren't able to pay rent. The government is providing Tk 2,500 per person to the poor. But what about us? They can at least feed us.”

“The coronavirus turned the entire world upside down but the government is doing nothing for us. We’re deprived of our basic rights,” she said.

Ananya Banik coordinates employment initiatives like beauty parlour, farms and other endeavours for transgender people in Dhamrai. Entrepreneurs running farms have managed to survive the economic downturn to some extent but others find themselves in deep trouble, according to her.

“We were running our businesses quite well and this catastrophe was totally unexpected. Those who were living on daily earnings have fallen on hard times. We have around 20 entrepreneurs whose businesses have been shattered by the crisis.”

Ananya also has a dance troupe but the income from that too has dried up due to a lack of events in the past five months.

“We got some financial help before Eid but that wasn’t enough.”

They have solicited assistance from the municipal mayor of Dhamrai to ensure that transgender entrepreneurs get government aid, she said.

Ananya is also heading an organisation called Shadakalo, which works to develop the living standard of third gender people.

“We have 135 members in this organisation who are facing the hardest time now,” she said.

Social Welfare Minister Nuruzzaman Ahmed said the government is organising some projects to alleviate the plight of the transgender people. "We’ll reveal the details once those are underway,” he said.