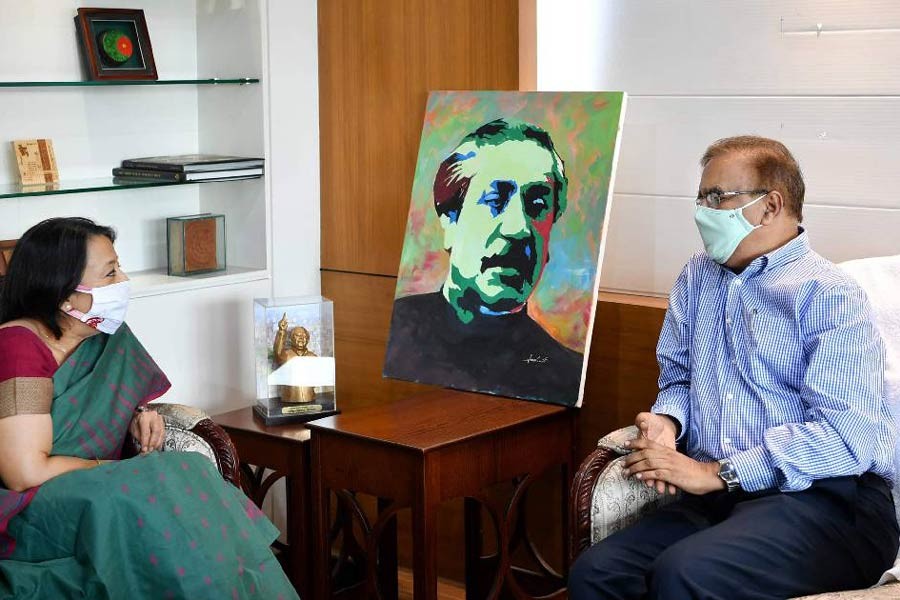 Bangladesh will soon start works on restoring and preserving the historic Panam City, located in Narayanganj district, based on a report to be submitted by Indian research team.

Significant issues between the two neighbours, including cooperation for the preservation of archaeologically significant monuments and improving the cultural relationship, were discussed in the meeting at his secretariat office.

Riva Ganguly assured that India is ready to provide all necessary assistance through conducting training, seminars, workshops etc and these can be virtually arranged during the pandemic.

Experts on the research team have opined that the restoration of Panam City should be crafted with proper utilisation of local elements, she informed the State Minister.

“Bangladesh and India are part of history and culture. Some 11,000 Indian soldiers received martyrdom during our Liberation War in 1971. Remembering those Indian martyrs and their historic involvement in the war, Bangladesh is building a cenotaph heading towards the Golden Jubilee of Bangladesh’s independence,” Khalid said.

He hoped that all scheduled cultural programmes reflecting Father of the Nation Bangabandhu Sheikh Mujibur Rahman’s eventful life, in celebration of his birth centenary in the ongoing ‘Mujib Borsho’, will take place in several states of India once the coronavirus situation improves.

The Indian envoy said that the ongoing development project at the Shilaidah Kuthibari in Kushtia, a place with reminiscing memories of Rabindranath Tagore - is about to get completed.

The total landscape of the monument would be changed once the project is completed.

Aside from the main building, a set of additional structures including a high-quality rest house, a well-equipped modern library and cafeteria as well as documentation centre, open stage theatre and some other infrastructural projects are being completed with Indian funding.

Thanking the outgoing High Commissioner for assisting in several sectors in Bangladesh’s cultural sphere, the State Minister said the people of Bangladesh have been fortunate to get such a deserving, qualified and cordial High Commissioner.

He congratulated Riva Ganguly for being nominated as the next Secretary (ASEAN) of the Indian Ministry of External Affairs.