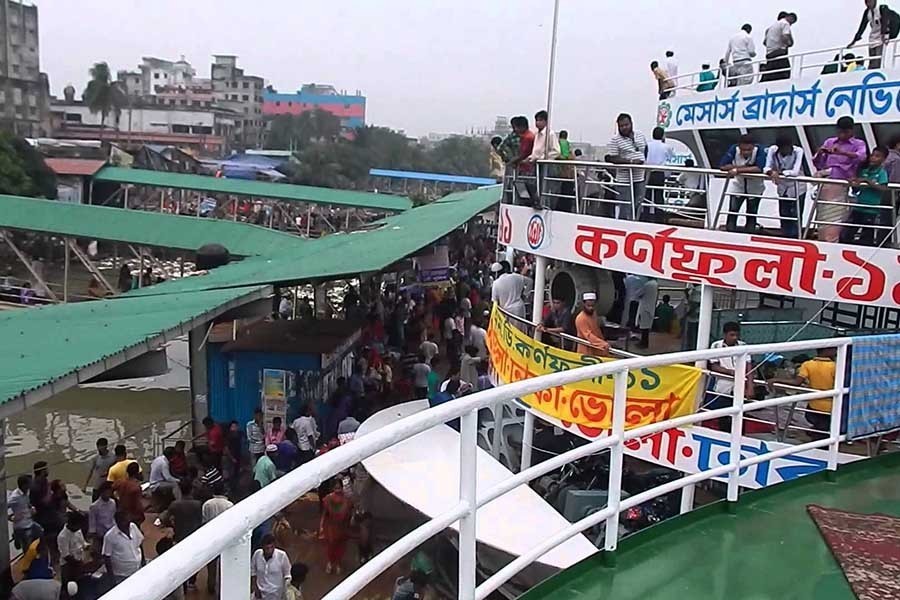 Launch owners want to raise fares by 100 per cent following a hike in fuel oil prices.

After a 23 per cent hike in diesel price, launch fares were increased by more than 35 per cent in November 2021.

This time the government has raised diesel price by 42.5 per cent to Tk 114 per litre, leading the authorities to increase bus fares by as much as 22 per cent, reports bdnews24.com.

The association leaders would meet BIWTA officials on Monday, said Jahangir Alam, a spokesman for the shipping ministry.

After a meeting of the association, its President Mahbub Uddin Ahmed said they proposed the fares be hiked to Tk 4.6 per kilometre.

They also proposed to lift the threshold of fares for the first 100 kilometres of a trip.

Mahbub said other operational costs increased while the number of passengers fell due to the Padma Bridge.