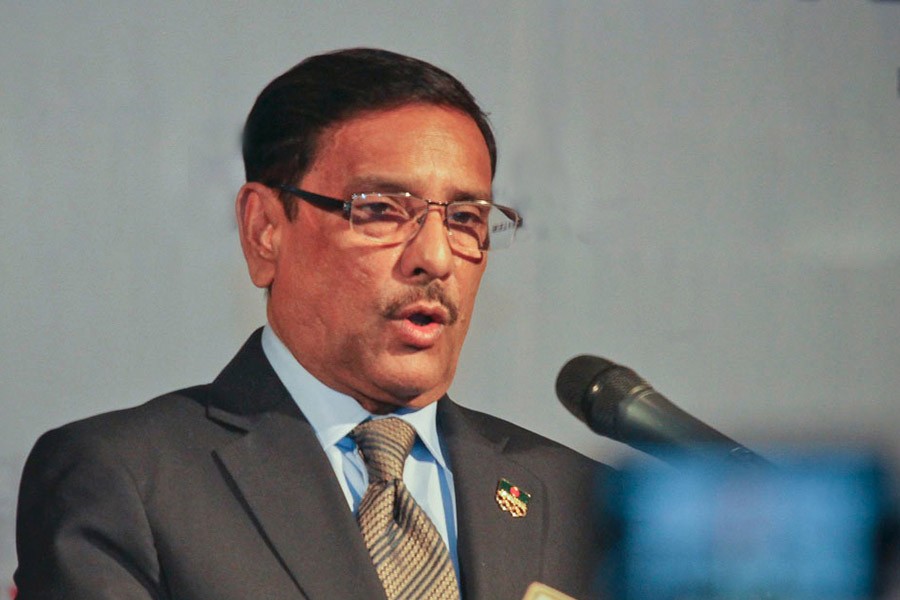 "Our eyes have turned dry after shedding tears as 21,000 leaders and activists of the Awami League were killed after BNP came into power in 2001," he said.

Obaidul Quader made the remarks while addressing a memorial meeting marking the 14th death anniversary of Professor Mazharul Islam at Shahjadpur of Sirajganj.

Obaidul Quader alleged that the country will be plunged into darkness if BNP comes to power again.

"The country is heading towards light and prosperity under the dynamic leadership of Prime Minister Sheikh Hasina replacing the darkness during the BNP regime," he said.

Talking about the Rohingya issue, the AL leader said, "Prime Minister Sheikh Hasina has set a rare example of humanity after giving shelter to 6.25 lakh Rohingyas."

Without taking the name of BNP chairperson Begum Khaleda Zia, he said, "She and her party's secretary general went to Rohingya camps at Cox's Bazar only for photo-session and creating troubles."

"I myself went to Cox's Bazar for 25 times to address their plights," he added, reports BSS.