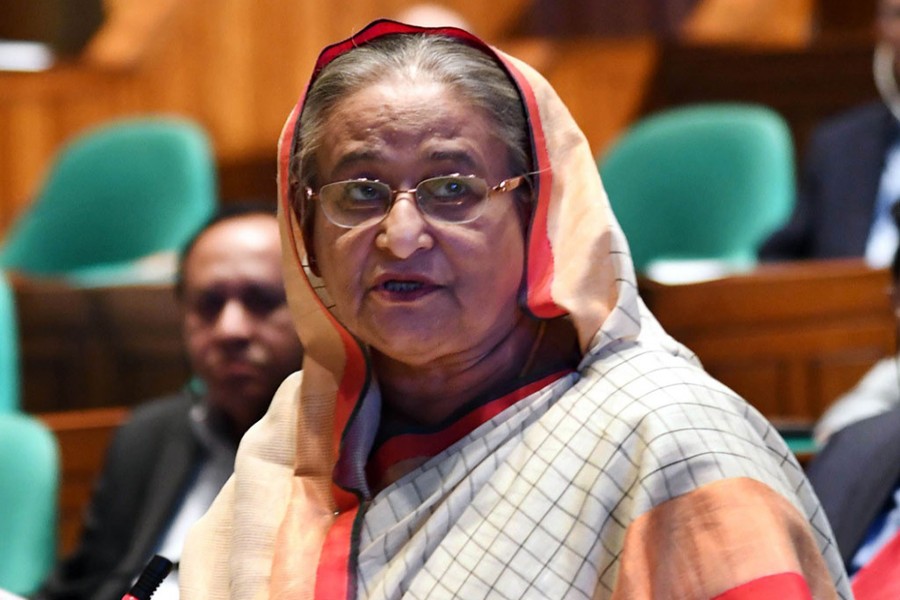 Bangladesh sits on a stronger economic position than Singapore does, considering problems such as violent protests and dense population that do not blight the South-East Asian city state, prime minister Sheikh Hasina says.

Praising Singapore for its discipline, the premier said on Tuesday, “The political and economic conditions have made it easier for them [Singapore government] to achieve development.”

But Bangladesh experiences many odds like fire-bombings of buses, killings, and repression, the prime minister said, referring to protests and rule of the BNP and Jamaat-e-Islami.

“We are ahead of the countries not only in South Asia, but also those in Southeast Asia. We want to build a Singapore out of Bangladesh, but actually we are economically much stronger than Singapore. This is the least I can claim,” she said.

She made the remarks in her speech during a discussion on a thanksgiving motion on President Abdul Hamid’s address to parliament. It was her closing speech to the session as well, reports bdnews24.

Speaking about concerns over a coronavirus outbreak in China, which has hit global supply chain hard, Hasina said her government has taken measures to import industrial raw materials from other countries.

“So I don’t see anything to be scared about,” she said, describing efforts to prevent a possible outbreak in Bangladesh as well, such as screening of incoming travellers.

The prime minister said her government was also alert to a possible price hike during upcoming Ramadan. The authorities were stockpiling particular commodities so that they can control the markets by releasing them during the month of fasting, she said.

She condemned a recent rise in incidents of rape. The government has a zero-tolerance policy towards rape along with terrorism, militancy, and drugs, she said.