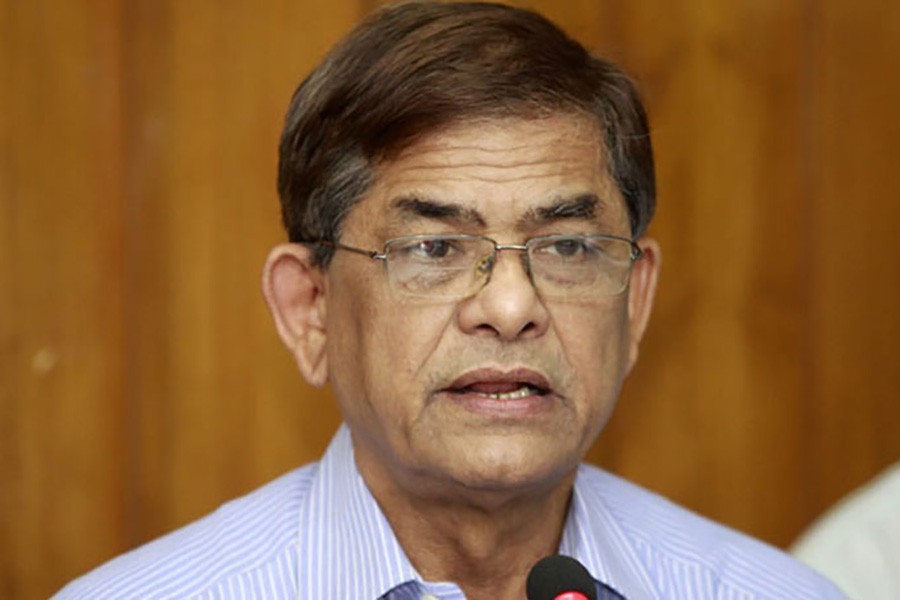 "Ignoring people's life and livelihood, the budget was presented based on 'big figures' and economic theories which is a kind of trickery with the country's people," said BNP Secretary General Mirza Fakhrul Islam Alamgir.

He said this while addressing a press conference at BNP chairperson's Gulshan office to give feedback on the proposed budget placed by the finance minister at the parliament on Thursday.

Entitling the budget as unrealistic and impossible to execute, he said the government has failed to provide a pathway in the budget regarding recovery of livelihood options and better management in the health sector.

"No precise steps and initiatives have been seen in the proposed budget to alleviate sufferings of lower-income people who were affected the most by the coronavirus pandemic.

Rather, the finance minister has given the businesses with both hands but deprived general people of their rights," the senior BNP leader said.

The current regime doesn't feel accountable to common people and day job holders as it is not elected by them, he also said.

Mr Alamgir said there was no directive in the budget about saving people from the adverse effects of the pandemic.

The size of the proposed budget is Tk 6.03 trillion, which is only 17.46 per cent of the country's GDP, while the previous fiscal's budget was 17.90 per cent of the GDP, the BNP leader mentioned.

So in real terms, he said, the budget for the next fiscal has shrunk instead of getting bigger.

Citing different survey reports, he said the country currently had 60 million poor people, old and new, but the government only helped a small fraction of poverty-stricken people while new poor were totally neglected.

Demanding 6.0 to 7.0 per cent of the GDP to finance social safety net programmes, he said apart from poor people, the government should provide cash assistance to labourers, of which 86 per cent work in informal sectors.