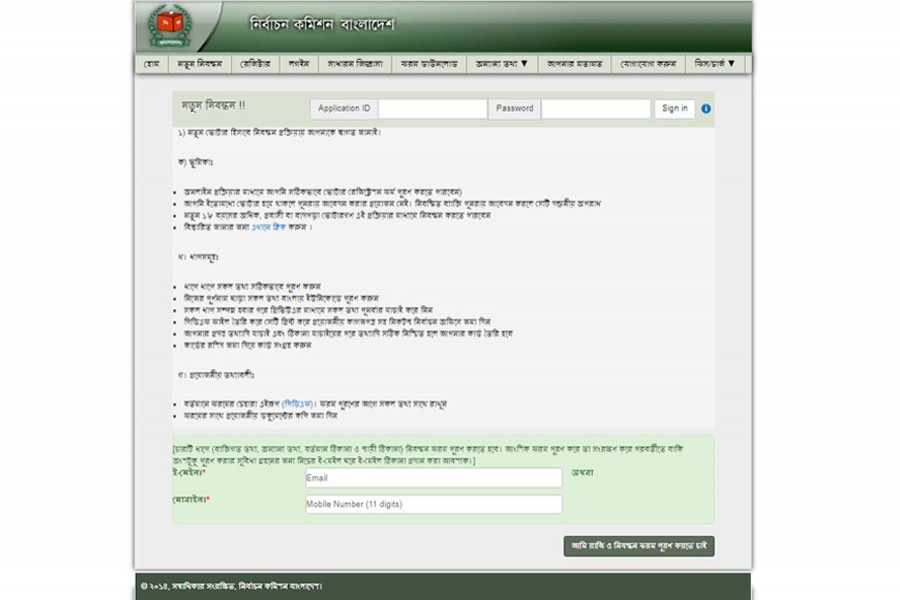 The move has finally established their voting rights.

After Malaysia, the UAE is the second country where Election Commission (EC) introduced the service for Bangladeshis living there.

The EC began online NID registration in Malaysia in the first week of November.

From now on, Bangladeshis in the UAE will also be able to apply for an NID by visiting 'services.nidw.gov.bd', according to a press release.

If information provided is perfect, EC will go for next steps to issue NIDs by taking photos, fingerprints and images of their irises.

Although a large number of Bangladeshis are abroad, most of them do not possess NIDs. So, they were not eligible to be enlisted in the voter list.

They will be included in the list after they receive NIDs, officials said.

The expatriates will also get all other facilities on production of their NIDs at home and abroad.

Documents like copies of Bangladesh passport and dual citizenship certificate, copy of passport of a Bangladeshi citizen for identification of the applicant and a letter from embassy are required to apply online.

EC will expand the online service to other countries, including the United Kingdom (UK), Saudi Arabia and Singapore, gradually.

Bangladesh will conduct an awareness programme about the registration process among migrants abroad.

More than 12 million Bangladeshis went abroad with jobs since 1976. Most of them are in Middle Eastern countries, according to the Bureau of Manpower Employment and Training (BMET).

Of the total, about 2.3 million went to the UAE.

A study of the International Labour Organization (ILO) on diaspora members made the disclosure in 2015.

UK will be happy if Khaleda Zia takes treatment there