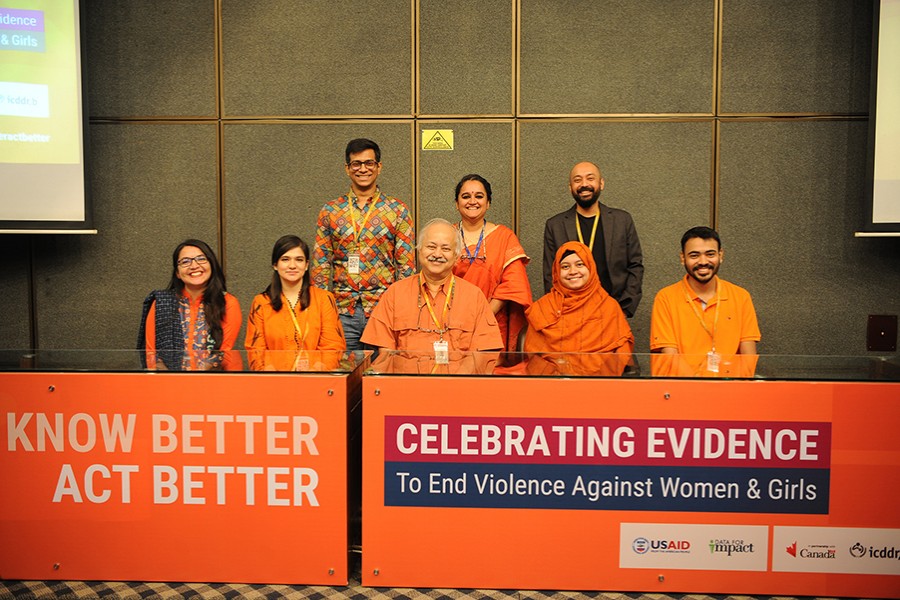 One-third of unmarried girls in Bangladesh faced sexual harassment at least once in the last 12 months, said a survey on Thursday.

This proportion was nearly one-fifth among never-married girls, it added.

She highlighted the fact that one-fifth of ever-married and unmarried females and one-quarter of unmarried males experienced physical violence at least once in the 12 months preceding the survey.

The survey was presented at the inauguration of a 16-day campaign on Thursday to end violence against women and girls and to raise awareness and promote engagement with the theme 'Know Better, Act Better'.

The 16-day activism began with a scientific seminar titled "Decoding Gender-Based Violence: Understanding the Problem, Identifying the Solution," where young researchers from icddr,b presented key findings from ‘The Lancet Series’ on violence against women and girls.

They informed that millions of women and girls worldwide experience violence, which takes many forms, including intimate physical and sexual partner violence, child and forced marriage, sex trafficking, and rape.

The Lancet Series shows that such abuse is preventable.

Four presentations based on five papers in The Lancet covered advocating evidence for interventions, discussing the vital role of the health sector in care and prevention, showing the need for men and women to be involved in effective programmes, providing practical lessons from experience in other countries, and presenting a call for action with key recommendations and indicators to track progress.

The second phase of the evidence-sharing session focused on the prevalence of violence and harassment among Bangladeshi adolescents based on the Bangladesh Adolescent Health and Wellbeing 2019-20 undertaken by the National Institute of Population Research and Training (NIPORT) and supported by icddr,b.