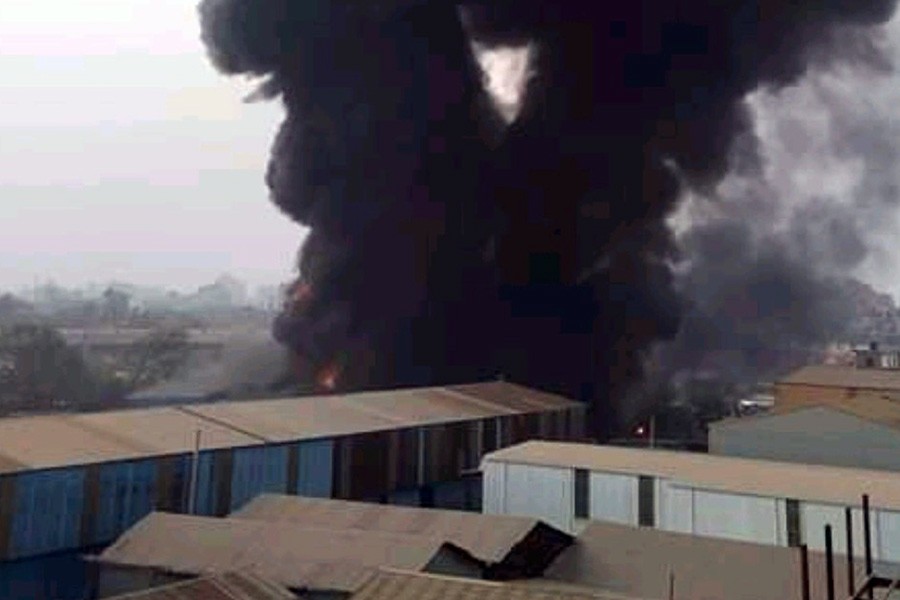 At least one person was killed and 32 others suffered burn injuries in a plastic factory fire at Keraniganj, on the outskirts of capital, on Wednesday.

Victims said the fire broke out at the Prime Pet and Plastic Industries Limited factory, which produces onetime plastic glasses and cups, in Chunkutia area in Keraniganj around 4:30pm after a gas cylinder went off with a big bang.

As many as 10 units of the Fire Service and Civil Defence brought the blaze under control around 5:45pm on Wednesday after it originated around 4:30pm, fire service Director General Sazzad Hussain said.

Firefighters recovered the charred body of the dead worker from the factory, said Saiful Islam of Keraniganj Fire Service Station. The victim could not be identified immediately, report UNB and bdnews24.com.

He also said two workers remained missing in the incident.

Saiful could not confirm how many people had been injured.

“They are being sent to the Dhaka Medical College Hospital and other hospitals,” he said.

A total of 32 people were admitted to the DMCH’s National Institute of Burn and Plastic Surgery, Bachchu Mia, an inspector at the police camp there, said.

“Some of them are in critical condition,” he added, quoting doctors.

The authorities could not immediately determine the cause of the fire.

It was still unclear how the fire originated, he said.

The company, owned by Nazrul Islam, used the tin-roofed factory to produce one-time plates and cups.

Babul, a worker of the factory, claimed that at least four workers got trapped inside the factory.

There was another fire incident at the factory in February last.