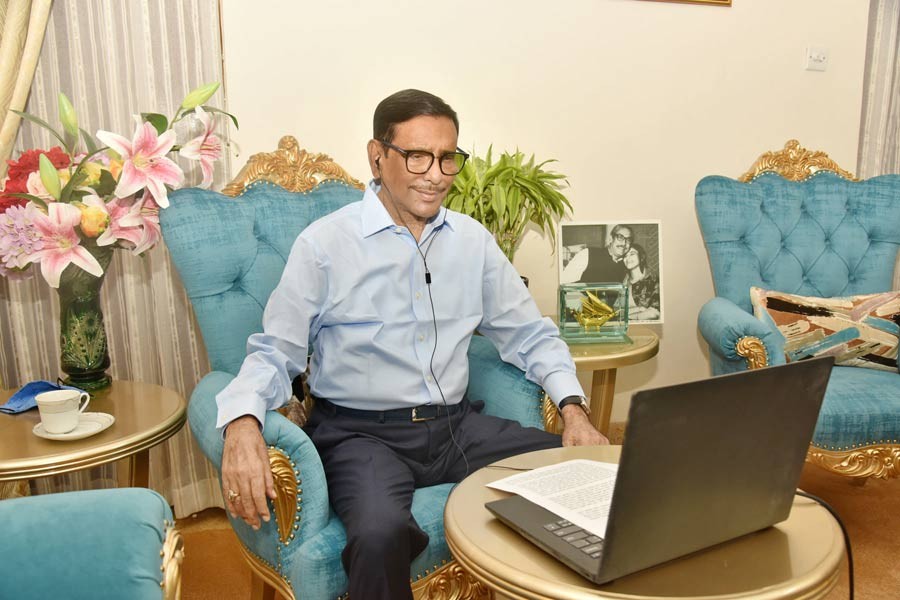 Quader said Bangladesh has given loan to debt-burdened Sudan and Sri Lanka even during the coronavirus crisis.

“BNP is suffering from jealousy as the country is marching ahead under the leadership of Prime Minister Sheikh Hasina,” he said.

He said Bangladesh is now a bright country of huge potentials overcoming different conspiracies and adversities.

Bangladesh stands with head high in the world by making progress in every index of economy, he said, adding that the country’s economic growth will increase further when the ongoing mega projects will be completed.

The AL general secretary urged the party leaders and workers to take preparation for the next general election, saying the polls are not far away - only two years left.

He said everyone should work in unison shunning all differences to strengthen the hands of Sheikh Hasina.

He said new committees should be formed at ward, union, upazila levels by holding council and district council should he held.

“As the second wave of coronavirus is going on, indoor councils could be arranged if required,” he mentioned.