Oikyafront plans to skip polls in fear of defeat: Quader 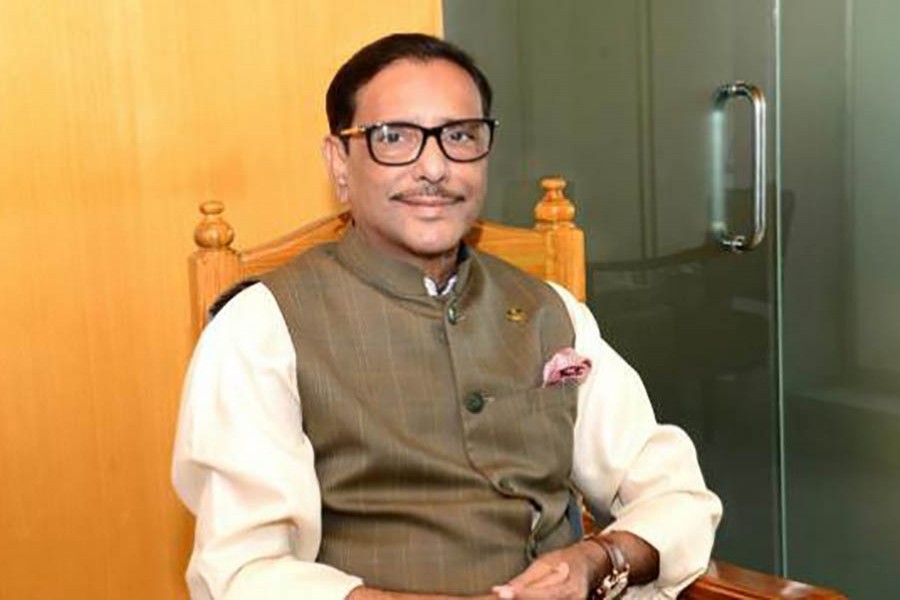 Awami League (AL) General Secretary and Road Transport and Bridges Minister Obaidul Quader on Sunday said the Jatiya Oikyafront is proceeding with a plan to step away from the polls in fear of defeat.

“The biggest defeat of the Oikyafront is that they are unable to announce the name of the next prime minister before the election. They have no head who could be the prime minister if they win in the upcoming polls,” he said.

The minister came up with the statement at a press conference held at AL president’s political office in city’s Dhanmondi area this noon.

AL Organising Secretary Khalid Mahmud Chowdhury, among others, was present on the occasion.

Quader said the Oikyafront’s main plan is to step away from the national election and it wants to foil the polls by creating instability.

Highlighting the conspiracy of BNP, he said the declaration of anti-election movement before 25 days of the election is nothing but a nightmare, BSS reports.

“BNP is trying to foil the election through provocations but the people will not allow this as they are infused into the election atmosphere right now,” Quader added.

He said the people are the main strength of AL and they will definitely cast their votes for the party.