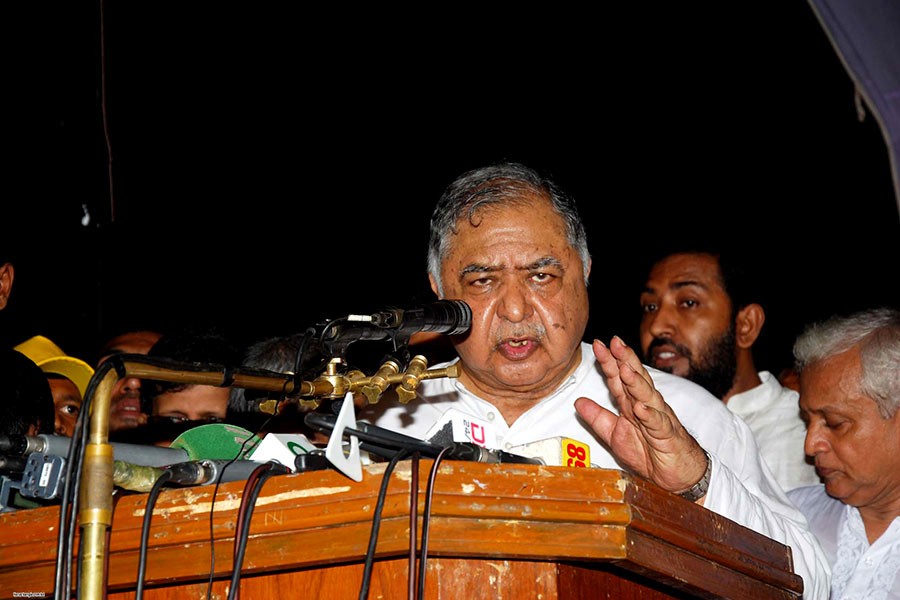 Jatiya Oikya Prokriya, led by Gonoforum President Dr Kamal Hossain, has announced to hold rallies across the country from October 1.

The announcement was made during a citizens' rally organised by the platform at Mahanagar Natya Mancha in Dhaka on Saturday, reports UNB.

The rally was convened as part of efforts of the platform to create a greater national unity for a 'functional democracy' in the country through holding a credible national election.

Engineer Sheikh Muhammad Shahidullah, the convener of the National Committee to Protect Oil, Gas and Mineral Resources, Power and Ports, read out an announcement at the end of the rally.

The announcement also included a deadline for the government to meet three-point demand by September 30.

First demand is taking steps for the formation of an-election time neutral government through discussions with political parties.

Their two other demands are taking effective measures for reconstituting the Election Commission and dissolving parliament before the announcement of the election schedule.

Oikya Prokriya also urged people to form committees of the Greater National Unity in all the districts upazilas, unions and words comprising all the political parties and individuals.