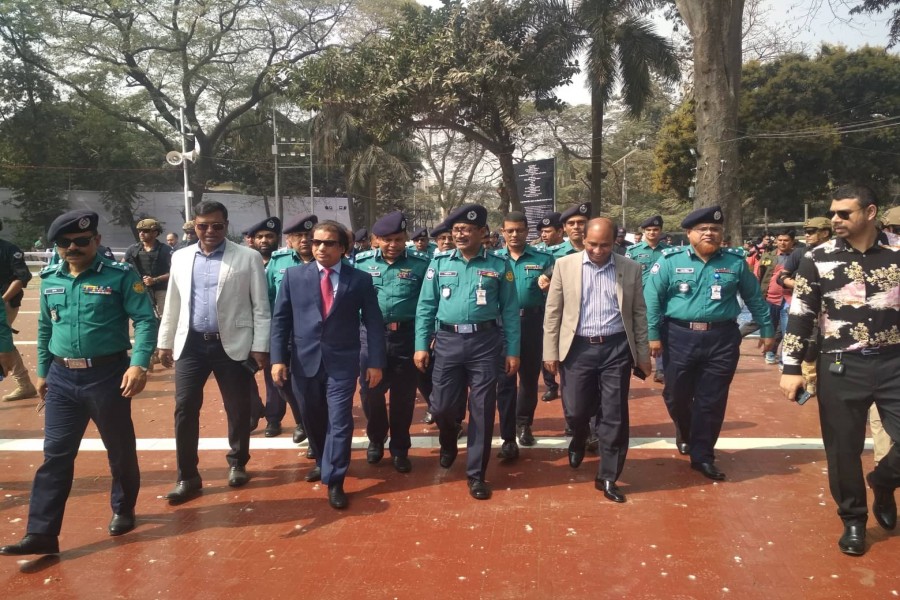 Commissioner of Dhaka Metropolitan Police (DMP) Mohammad Shafiqul Islam on Wednesday said there is no possibility of any militant attack and act of sabotage centring the International Mother Language Day and Shaheed Dibosh on February 21.

He, however, said a four-tier security arrangement will be there in place in and around the Central Shaheed Minar to smooth observance of the day.

Besides, CCTV cameras and watchtowers will be installed to keep the entire area under police surveillance while plainclothes police alongside the regular one will be deployed to ensure security, he said, UNB reported.

Members of Special Weapons And Tactics (SWAT) and Counter Terrorism and Transnational Crime (CTTC) units as well as a dog squad will remain deployed to instantly tackle any untoward incident, Shafiqul said.

Highest security measures have been taken for the President and the Prime Minister as they will pay their homage to the Language Movement martyrs at Shaheed Minar, he said.

The DMP commissioner also urged general people to follow the route map issued by the DMP to help maintain the law and order.

On Friday, the nation will pay homage to the 1952 Language Movement martyrs who laid down their lives for recognising Bangla as one of the state languages of erstwhile Pakistan.