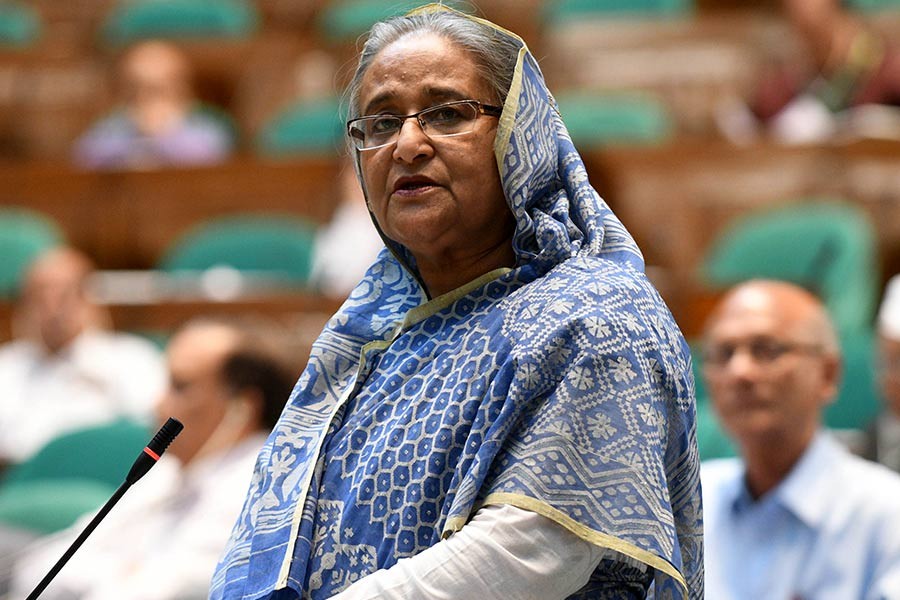 Prime Minister Sheikh Hasina has said BNP Chairperson Khaleda Zia is now in jail for her corruption and there is no political motive behind her imprisonment.

"She is in jail after being convicted by the court for the embezzlement of orphans' money. The case proceedings continued for 10 years," Sheikh Hasina said.

Sheikh Hasina made the remarks on Wednesday while replying to a supplementary question from lawmaker Nurjahan Begum in the parliament.

"There are many seasoned lawyers and Barristers in BNP. But all of them failed to prove that Khaleda Zia is innocent," she added.

Sheikh Hasina said BNP changed section-7 of the party's charter just before the court's verdict against Khaleda Zia as BNP leaders knew that she is an offender.

As per the section-7 of BNP's charter, anyone being convicted on corruption charge cannot remain in the party's leadership position.

"This is a stigma (Kolonko) for the women community as a woman means a mother. How a person being a mother steals or misuses money of an orphan. It's a shame for our women community," Hasina said.

The Prime Minister said they always want a democratic process continue in the country and the country will march forward smoothly as it does now.

About the election system, she said more than 6,000 elections -- local government polls and by-polls - were held under her government but no one can raise any question against any election.