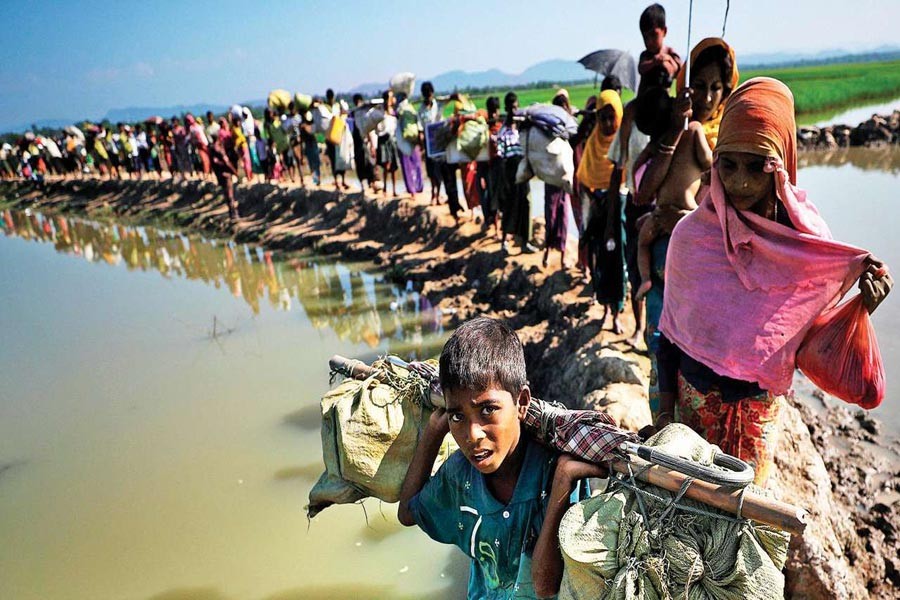 Bangladesh is not in a hurry to relocate Rohingya refugees to a Bay of Bengal island, a minister told Reuters on Monday, after the United Nations sought more details on the government's plan, criticized by some human rights groups, reports Reuters.

Bangladesh wants to move 100,000 of the nearly 1 million Rohingya Muslims sheltered in cramped camps in its southeastern district of Cox's Bazar to the remote island, known as Bhasan Char

The United Nations is making plans to help Bangladesh with the move, Reuters reported last week.

But in a statement on Monday, the world body called for a thorough assessment to ensure the viability of the move, saying it was discussing "critical protection and operational issues" ahead of any relocation.

"We're also examining the potential operational implications of setting up a humanitarian response on Bhasan Char, including the requirements, time frames and costs involved," it said.

Bangladesh is in talks with U.N. humanitarian bodies, and working on their observations, said Enamur Rahman, the junior minister for disaster management and relief."So we are going a little slow. There's no exact date to relocate," he added.

"We are not in a hurry and it will start only when all these U.N. bodies and Rohingya people feel the area is ready."

Rahman said the government was working to build more cyclone shelters on the island, which is hours from the mainland by boat. Many Rohingya have opposed the transfer plan.

A World Food Programme document shows the U.N.'s food agency supplied Bangladesh with detailed plans, including a timeline and a budget, on providing for thousands of Rohingya taken to the island within weeks.

The March 12 plans show how the agency and its partners "may facilitate the identification, staging, forward movement, reception, and sustainment of refugees" on the island, based on an initial appeal for donor funds from $9 million to $19 million.

Densely-populated Bangladesh says it has been grappling with the large refugee numbers.