'No compromise with descendants of anti-liberation forces' 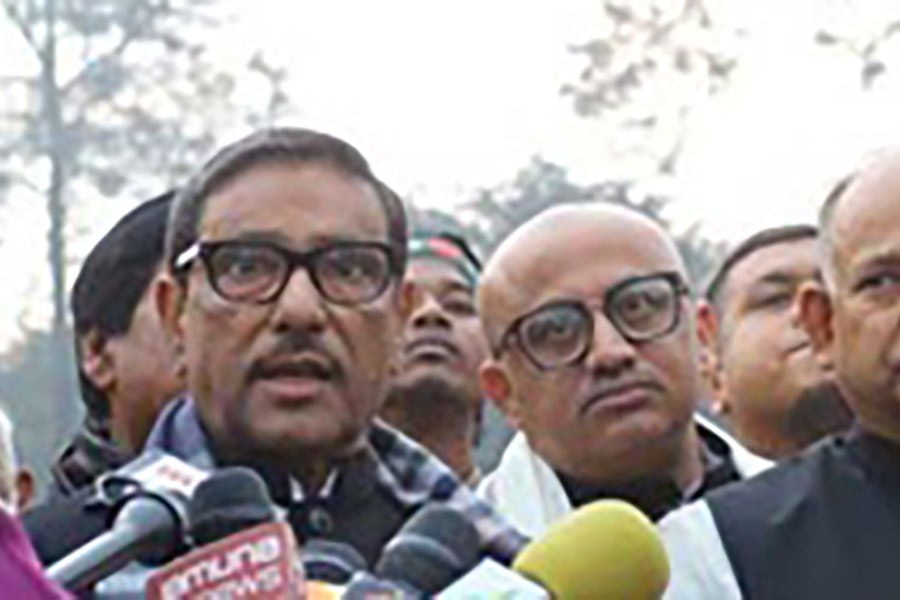 Awami League General Secretary Obaidul Quader has said that anti-liberation forces are obstructing the consolidation of Bangladesh’s victory in the Liberation War even after almost five decades of independence.

The road transport minister spoke to reporters after paying homage to freedom fighters at the National Martyrs’ Memorial in Savar on Monday, reports bdnews24.com.

The Awami League will not compromise with the descendants of the anti-liberation forces, he said, adding the ‘infiltrators’ will be expelled at the party's next conference.

Bangladesh’s struggle for independence began at the call of Bangabandhu Sheikh Mujibur Rahman in 1971 and culminated on Dec 16, when Pakistani Lt Gen Amir Abdullah Khan Niazi surrendered to the Muktibahini and the Indian military command.

The government has recently released a list of 10,789 Bengalis who collaborated with the Pakistani occupation forces during the Liberation War in 1971.

“Razakars have infiltrated the Awami League. If they cannot be identified, it will be impossible to make a proper list of Razakars,” said columinist Abdul Gaffar Choudhury after the release.

Jatiya Samajtantrik Dal (JaSaD) President Hasanul Haq Inu also warned of the threat of 'anti-liberation forces’ after paying tribute to the martyrs of the Liberation War.

"Bangladesh is still not safe. In order to establish peace in the political arena before the golden jubilee of Bangladesh's independence, it must be ensured that no Razakar-backed government ever comes to power.”

Responding to questions from reporters at the Savar memorial, Jatiya Party Chairman GM Quader said he had not yet ‘scrutinised’ the list of collaborators and will only comment on it upon doing so.

“We hope that the correct list is published. It will then become clear who played what role in the country’s independence.”