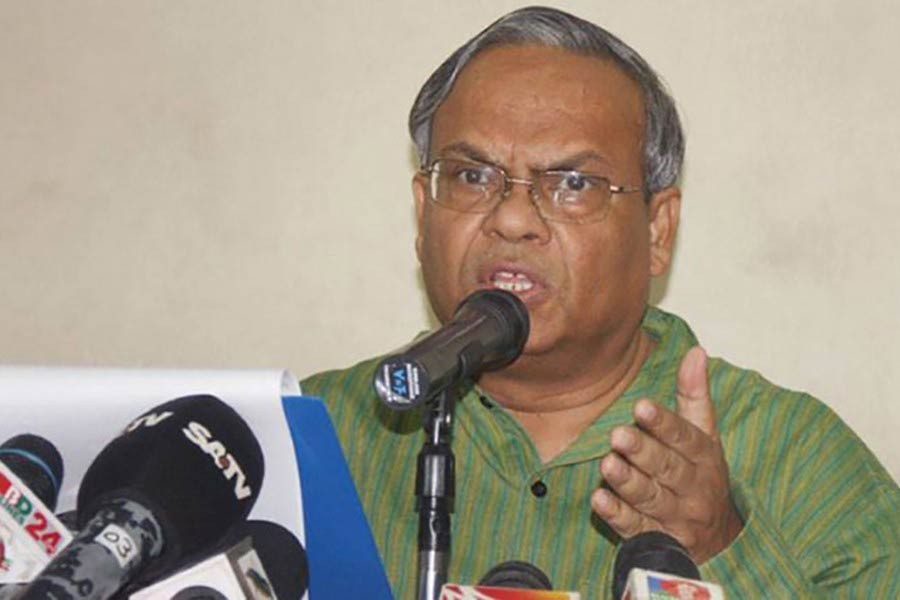 The new transport law approved by the government is a jugglery of numbers, says a senior BNP leader.

“This law is not adequate for safe roads. Under the proposed law, miscreants and godfathers will remain at large. It's just a jugglery of numbers,” BNP Senior Joint Secretary General Ruhul Kabir Rizvi said at a news briefing in Dhaka on Tuesday.

His comments came a day after the cabinet approved the proposed Road Transport Act following a week of student protests for safe roads.

“There is a doubt about whether this draft law can bring security and discipline to the public transport sector. People also doubt whether it will be passed in parliament at all.”

Responding to protests triggered by the deaths of two students in a road crash in Dhaka on Jul 29, the government agreed to meet the students’ demands last Thursday, bdnews24 reported.

The cabinet endorsed the draft of the Road Transport Act on Monday, raising the maximum sentence for deaths from road accidents to five years in prison from three years.